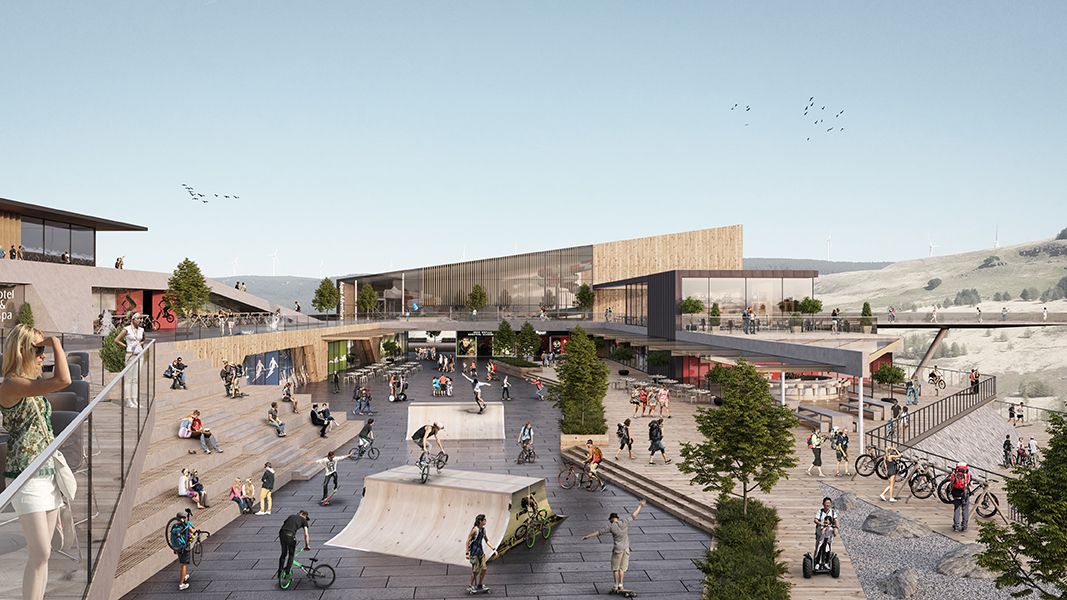 Wales isn’t short of big ideas and talk, but where we fall short is actually getting things done.

I’ve lost count of the number of “big ideas” over recent years which have been proposed, approved then scuppered for whatever reason.

Come to think of it, the last “big ideas” which were seen through from drawing board to opening are, as far as I can remember, Bluestone resort in Pembrokeshire (which opened a decade ago) and the Swansea University Bay Campus. A465 dualling, the South Wales Metro are likely to be next but are still several years away from completion.

Each “big idea” usually comes with a common set of promises: at least 500+ jobs; contributing several hundred million pounds to the local economy; it’s something that’s never been there before/has a USP; it promises regeneration in an economically depressed part of Wales and it comes with ultra-glossy artists impressions of people walking at funny angles with shopping bags or alike.

The Circuit of Wales, the Legend Court theme park at Caldicot, Valleywood, a supercasino in Cardiff Bay, the “new town centre” at Talbot Green, Island Farm Sports Village in Bridgend, the Technium initiative (across Wales), LG in Newport, Project Red Dragon….it looks like the Swansea Tidal Lagoon is about to join this illustrious list (and Wylfa B).

Those are just the ones off the top of my head. There are some of the smaller ones with a troubled history too like Cardiff-Swansea rail electrification as well as the emerging contenders like the Afan Valley Resort (which has been talked about for the best part of a decade, so forgive my cynicism), Cardiff International Business Park, the supposed North Wales Metro….

As much as I want to be proven wrong, the South Wales Metro and new rail franchise may fail to live up to the hype too because when it comes to Welsh politics, failing to live up to expectations is the default – and that’s sad. Disappointment and let downs have become as much a part of the Welsh experience as the language, rain and the flag.

Why do you think I stopped getting angry?

There’s nothing wrong with failing or taking a risk. It’s the not trying and the excuses that are worse. Well-intentioned mistakes are easier to take and accept than outright bone-headedness and the refusal to take ownership of problems by politicians and civil servants.

Amidst the inevitable teeth gnashing and chest thumping over the expected lagoon decision, it’s worth reminding people that we live in Wales.

Wales has been “kicked in the teeth” by governments at both ends of the M4 of all colours so often we’re living off an all-liquid diet of bullshit.

What do we get in response to these disappointments? Politicians of all colours pointing at each other saying, “They did it!” with Labour and the Tories often responsible for delivering the hardest kicks to our crumpled mouths.

I recommend that when you have the time you watch this recent 30 minute documentary on the Faroe Islands. They have fewer people than Barry, yet leave us in the shade on so many levels having faced down challenges far bigger than those we’re constantly told “can’t be solved”.

Paraphrasing what was said on Nation.Cymru recently, nothing will change unless we demand better as individuals and rethink our own attitudes. Where I differ is that I don’t believe you’re going to find that in the Senedd or at Westminster or even in your local council. Voting won’t change this by itself and while politicians might think themselves infallible, they can’t do it by themselves.

The solution is actually a lot easier. Start to believe we’re worth more than this and that Wales doesn’t deserve to be taken advantage of by spivs and carpet-baggers who promise the world and deliver nothing. Stop letting others decide what we’re worth just so it makes our lives and their lives a little bit easier and a little less complicated.

You reap what you sow and, to paraphrase 1984, “If you want a vision of the future, imagine a boot stamping on Welsh faces – forever”.