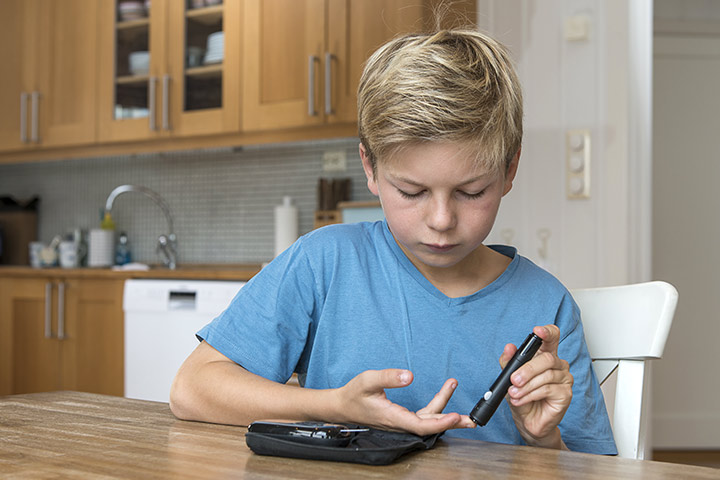 “This petition arose following the tragic loss of Peter Baldwin. Peter was 13 when he died as a result of the effects of type 1 diabetes. It goes without saying that the loss of a child is, thankfully, largely unimaginable for most people. The tremendous courage of Peter’s family in seeking to use such awful circumstances to prevent the same situation happening to others should command enormous respect.”

1. GPs should ask about the “Four T’s” when children see them

Type 1 diabetes is caused by a shortage of naturally-produced insulin, which is needed to convert sugar into useful energy (as opposed to Type 2 diabetes where the body produces insulin naturally but it doesn’t work properly).

The most common symptoms of diabetes are known as the “Four T’s”:

Type 2 diabetes is rare in children, so of the 1,400 children in Wales with diabetes nearly all of them (96%) have Type 1 and it’s increasing by about 4% a year. However, the condition is usually not diagnosed until a child suffers diabetic ketoacidosis (DKA) where blood sugar levels rise and start acidifying the blood; DKA is potentially fatal.

The Royal College of GPs said Type 1 diabetes was rare and GPs may only come across a new case once in their careers, but evidence the Committee received suggested it’s one of the most common autoimmune diseases in children.

The Committee recommended that blood tests should be carried out on all children displaying possible symptoms of diabetes.

2. It’s unclear if GPs are following NICE guidelines on diabetes

The National Institute of Clinical Excellence (NICE) has guidance telling doctors to “be aware” of the “Four T’s” symptoms in children.

It was unclear whether these guidelines were being consistently followed by all of Wales’ health boards. Some told the Committee they were raising awareness amongst primary care professionals, others said there was no formal way of identifying Type 1 diabetes at all.

The Baldwin family didn’t believe the NICE guidelines were followed in their case and Peter’s GP completely missed the signs of DKA, misdiagnosing it as a chest infection.

Diabetes UK run an e-learning module and resources for health professionals and the Committee recommended it be rolled-out nationally for use in GP training. Both the charity and British Medical Association called for better public awareness of Type 1 diabetes, with a “Four T’s” campaign promoted in all appropriate settings, including schools and primary care.

3. All GPs in Wales should have a diabetes blood testing kit

The finger-prick blood glucose test can often correctly diagnose diabetes and is relatively low cost and straightforward. Monitors for testing kits are often provided for free by pharmaceutical companies because the testing strips themselves are the most valuable part of the kit even when they cost pennies.

Diabetes UK argued that there should be at least one blood glucose testing kit in every GP surgery and even the Welsh Government agreed that it should already be in place – though they had no data on what equipment GP surgeries had.