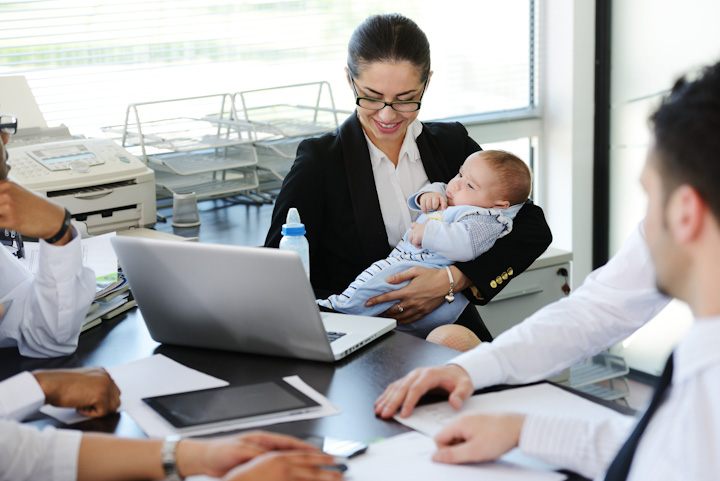 “Preventing a large proportion of the population from contributing their skills and experience to the workforce is not fair and does not make economic sense. In light of technological, social and economic changes, now is the time to modernise workplaces so that they are fit for the future for everyone, not just parents.”

According to Institute for Fiscal Studies (IFS) research, after the birth of their first child, female employment rates drop by anything between 16-31% depending on their qualification levels. By the time that child is aged 12, their average hourly pay is a third below men’s and women’s employment rates don’t recover even when the child reaches 20 years old.

1. Flexible working is key to reducing the gender pay gap

10% of employers in Wales offer no flexible working (England 4%, Scotland 3%), despite workers having a legal right to ask for flexible working since 2014. The Scottish Government have introduced a policy of “flexible by default” and this had the support of witnesses to this inquiry for Wales.

There were particular problems in certain sectors, particularly those dominated by women like teaching, with many teachers dropping out of the profession around age 30-39 once they have children (despite teacher retention rates in Wales being generally higher than England).

It was said to be important for senior managers to demonstrate the principles of flexible working by doing it themselves and the Committee recommended that the Welsh Government “leads from the top” by advertising all roles as flexible by default and considering job-sharing senior management roles.

2. Flexible work shouldn’t be seen as an excuse to offer low pay

One of the main causes of the gender pay gap is the large proportion of women working in part-time, low-paid jobs; 43% of women work part-time compared to 15% of men. Lower paid jobs were often advertised as being flexible.

The Committee called of the Welsh Government to eliminate workplace discrimination against women who are either pregnant or given birth by making sure companies and organisations that receive Welsh Government funding allow their employees to be surveyed to monitor their treatment, allow flexible working, outline how they are reducing gender pay gaps and provide equal opportunities for men and women to progress in their careers.

It was, however, accepted that maternity policies can have a negative impact on smaller businesses – though if proper contact is maintained while a woman is on maternity leave and flexible working is allowed then the impact can be lessened and high calibre employees can be retained.

3. The Welsh Government’s childcare scheme is unlikely to increase employment of new mothers

Childcare costs – up to £100 a week – can eat nearly a quarter of average weekly gross earnings of £412 a week. It’s said to be one of the biggest barriers to women re-entering the workforce after giving birth.

The Welsh Government are currently rolling out a free childcare scheme, whereby working parents of 3 and 4-year-olds will be entitled to 30 hours of free childcare a week for 48 weeks of the year.

Witnesses were sceptical this would work because it means mothers are likely to remain out of the workforce for the first three years of the child’s life when demand for childcare is highest, as well as concerns about care before school and after school (after school clubs often being paid for). There were calls for the childcare scheme to start at 1-year-old when statutory maternity pay comes to an end.

The Minister for Children & Social Services, Huw Irranca-Davies (Lab, Ogmore) said pilots of the scheme had produced results, with up to £250 released back to working families – but there was no evidence on whether it was increasing the number of mothers returning to work.

4. Gender stereotypes about unpaid care need to be challenged

There remains a prejudice and bias problem about women of child-bearing age in the workplace, while it’s equally true when it comes to fathers and their childcare responsibilities – an example’s highlighted of a father winning a sex discrimination case after being denied flexible working at Price Waterhouse Coopers when women had their requests granted.

Improved take-up of shared parental leave may challenge gender stereotypes and reduce pregnancy and maternity discrimination. The Committee also recommended that gender roles in childcare be covered in sex and relationship education classes and more companies be encouraged to take up “blind recruitment” – where defining characteristics aren’t collected in job applications.