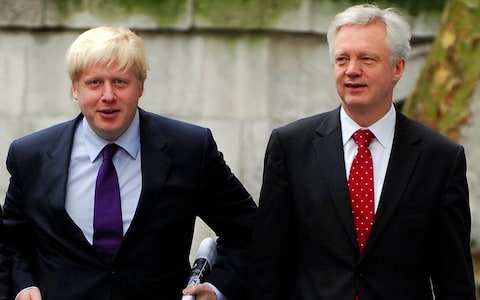 Following the resignation of the former UK Brexit Minister and UK Foreign Secretary (David Davis and Boris Johnson respectively) in quick succession on July 9th – after very public disagreements over an agreement amongst the UK Cabinet to create a UK-EU free trade area – the First Minister called for a UK general election.

Carwyn Jones said the UK Government was a “shambles” and the only way to solve the crisis was to go to the polls.

He told BBC Wales, “We need a different government with a different view on Brexit in order for us to see a Brexit that’s sensible and not one that’s driven by the internal dynamics of a party that’s riven into pieces.”

Following long-standing calls from Plaid Cyrmu to establish a medical school in north Wales, the Welsh Government and Bangor University announced that from 2019, medical students studying under the Wales Deanery will be able to complete their entire course and training at Bangor – though it won’t be a stand-alone medical school.

The plans will also enable postgraduate students to study in north Wales, with hopes it will address a shortage in GPs and specialists.

Sian Gwenllian AM (Plaid, Arfon) said, “Introducing undergraduate medical education will enhance the University and Ysbyty Gwynedd and in turn will bring immense benefits to the city of Bangor and its people.”

The Bevan Foundation have roundly criticised the Valleys Task Force Action Plan – which was debated in the Senedd earlier this week and has the support of AMs – as “unambitious”. The plan promises to create 7,000 jobs in the Valleys through infrastructure and social investment by 2021.

The Foundation’s director, Dr. Victoria Winkler, said, “The target to get 7,000 into work sounds really impressive but if you look a bit deeper, that’s not very ambitious at all, it’s around about the numbers achieved over the last few years and if we carry on doing more of the same, the valleys won’t change.”

Public Services Secretary, Alun Davies (Lab, Blaenau Gwent), said the government were concentrating on projects that would make a difference.

Energy, Planning & Rural Affairs Secretary, Lesley Griffiths (Lab, Wrexham), unveiled draft proposals for reform of agricultural support after Brexit. The key proposals are the creation of two funds – one to support rural economic development and the other on land management and conservation.

The proposed funds will replace existing EU farming subsidies and domestic programmes like Glastir and the Rural Development Programme. The funds would also be open to everyone who manages land in Wales, not just those eligible under the Common Agricultural Policy (CAP) – including community farms/gardens. The new programme would be phased in between 2020-2025.

The Secretary said, “Exiting the EU means we have to do things differently and now is the time to prepare. We need to change how we support our farmers and agriculture sector to make them sustainable and able to thrive in a new trading environment. We have the chance to design a ‘Made in Wales’ system that works for Welsh farmers and our communities.”