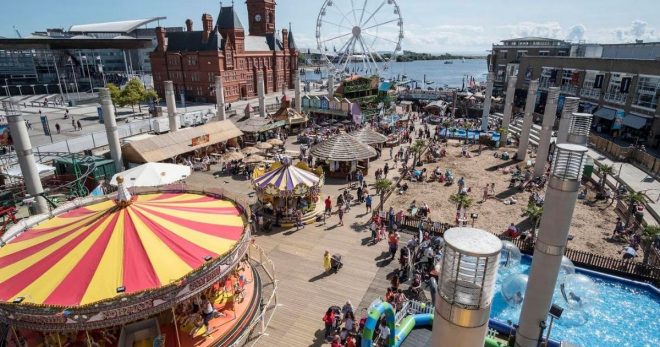 On 17th July, the First Minister outlined the final legislative programme of his tenure, listing the laws which will be introduced to the Senedd during the 2018-19 term. The proposals include:

The First Minister said, “The year ahead will be one of the busiest for us in legislative terms since Wales gained primary law-making powers. Making our statute book ready for EU exit is a big challenge for the Welsh Government and the National Assembly but we must not let this limit our ambitions. We will keep driving forward progress and delivering for the people of Wales.”

The money will be used to ensure existing nurseries are brought up to the standards set by the Welsh Government’s Childcare Officer. The money can also be used to extend Welsh-medium and additional learning needs support in a nursery setting.

The Minister said, “This investment will help ensure the 30 hours offer is as clear and easy as possible for working parents to understand and children to access. As part of this, we need to enable parents, wherever possible, to be able to drop off their children and pick them up from the same site and access a seamless 30 hours of childcare, although wraparound provision will continue to be an important part of the answer for some children and parents.”

A ballot of Green Party members in Wales resulted in 64.8% voting to remain a sub-branch of the Green Party of EnglandandWales. This was despite the leader in Wales, Grenville Ham, arguing in favour of a break. The turnout was said to be around 20%.

In response, Grenville Ham said he was, “Disappointed, but will always respect grassroots democratic exercises such as this. Members lead us and I wouldn’t want it any other way.”

The outdoing Auditor General, Huw Vaughan Thomas, has said that public services in Wales required a radical rethink to ensure they remain sustainable in the future.

Just a week after the Welsh Government abandoned their latest plans for council mergers, the Auditor General said, “I would add that I find it remarkable that our education services are delivered separately by 22 unitary authorities serving a population of 3.1m people whereas, for example, Kent County Council delivers those same services to a population of 1.5m people.”

He also criticised the public sector’s focus on finding savings and efficiency drives instead of fundamentally reforming how those services were delivered.

Natural Resources Wales – the arms-length body responsible for the environment – has for the second time agreed to sell timber to a company without going to open market, which the Wales Audit Office has considered unlawful.

The body was condemned by the Senedd’s Public Accounts Committee for doing the same thing in June 2017, which was at the time described as a “serious error of judgement”.

NRW Chief Executive Clare Pillman said, “I fully accept the auditor general’s findings. These are serious issues and I am fully committed to learning lessons and making sure that this does not happen again.”