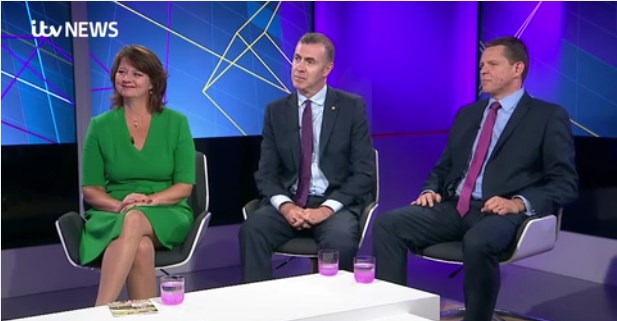 The winner of the Plaid Cymru leadership contest is due to be announced on 28th September, so there’s enough time left to go through the candidate platforms in more detail, based on the amount and depth of information each of the candidates has provided so far.

Why should members vote for Rhun?

Rhun all but states he’s the candidate who would be able to “build support across Wales”, based upon the success he had in the 2013 by-election and subsequent elections – something he’s keen to replicate across the country. He believes his record in the Senedd chamber holding two of the more important portfolios – economy & health – proves he’s willing to put in the work.

Summary: Each of the candidates is pitching to one of the three main “tendencies” within Plaid Cymru, and Rhun is clearly speaking to the party’s middle-of-the-road heartlands. It’s a very Ieuan Wyn Jones platform in both a good way and a bad way, so it’s no surprise Rhun secured the backing of the man himself. The pledges to “listen to the grassroots” etc. could be interpreted as a pitch to party members who have been frustrated over the last few years by the amount of power retained by the executive. He’s also the only candidate that seems to be keeping their options open regarding possible post-2021 coalition scenarios.

Why should members vote for Adam?

Adam let others speak for him on this. Cynog Dafis describes Adam Price as a “visionary” who has the “intellectual authority and reach that will make, not just the Welsh, but also the UK and wider media and political audience sit up and take notice”. Three of the party’s four MPs said, “Adam has a detailed understanding and knowledge of the long-term economic problems which afflict us and striking proposals for regeneration.”

Summary: Adam’s put forward what is by far the most comprehensive set of proposals (with a heavy emphasis on the economy) to the point that it’s a stronger platform than many party election manifestos. If this were a contest of ideas, he should win hands down – but it’s not as simple as that. By pitching to hard nationalists and the party’s dreamers and thinkers, he might alienate “grounded” Plaid members who would prefer to win power by bending in the wind (perhaps gravitating towards Rhun ap Iorwerth), as well as those who would prefer to fight door-to-door on community and social issues (who might lean towards Leanne Wood).

Why should members vote for Leanne?

As you might expect, Leanne’s pitch focuses on the progress the party’s made under her leadership. She (rightly) says she’s the most recognised and well-liked party leader in Wales and that some electoral progress has been made in local councils, Police & Crime Commissioner elections and at Westminster. She clearly states her aim is to form the next Welsh Government and that a change in leadership can bring a level of uncertainty.

Summary: Leanne’s campaign has boiled down to one underlying principle, “I started a project in 2012; let’s give it at least one last big push”. There’s not much we haven’t already heard of or seen pitched by Leanne in previous years and her platform is based mainly on the detailed The Change We Need paper (link) and, going back a bit further, The Greenprint (old site) – so it has a theory base to work from. While everyone knows Leanne has a commitment to community activism and face-to-face discussions, it may be a mistake to have not properly addressed some of the party’s internal issues or acknowledge areas where things have been less than stellar.

Well, there you have it. It’s not my place to tell Plaid members how to vote, but I think I’ve done each of the three candidates justice whenever I’ve written about the leadership election. Senedd Home will, of course, cover the outcome of the election and reactions to it as soon as the winner is announced next week.