A consultation on Welsh Government proposals to introduce a law to outlaw physical punishment against children (aka. “smacking”) showed the public was relatively evenly split between support and opposition.

50.3% agreed with a ban, while 48.1% disagreed. Minister for Children & Social Services, Huw Irranca-Davies (Lab, Ogmore) said, “While the primary responsibility for raising children lies with parents, the Welsh Government has a very specific role in creating a society in which children can grow up in a safe and nurturing environment. Our commitment to introducing legislation, alongside support for parents, is key to us achieving success in this endeavour.”

The Counsel General, Jeremy Miles (Lab, Neath), called for the criminal justice system to be tailored to Wales in a speech at the National Eisteddfod on August 4th, including the devolution of policing, prisons, criminal law and the courts.

The Counsel General wanted a system that would be based on economic and social justice, including abandoning the use of short prison sentences after highlighting a commitment by the Finance Secretary to abandon imprisonment for the non-payment of Council Tax.

The future of the criminal justice and legal system in Wales is currently subject to a review by the Thomas Commission.

A BBC Wales freedom of information request revealed that 45,000 patients have had to register with new GPs over the last five years, and 15,000 have had to do so over the last year alone, following the closure of surgeries and branch surgeries.

The Welsh Government said they were having success in recruiting more GPs with training places over-subscribed and it was part of a UK-wide move towards larger primary care centres.

The problem was said to be even more acute in rural areas, as the population is area and public transport is either less reliable or non-existent.

Lee Waters AM (Lab, Llanelli) raised concerns that many students are applying for degree courses without being told that the degrees were unaccredited by professional organisations. As a result, many students may have to take additional qualifications before being able to work in their desired profession.

A BSc Building degree at Trinity St David University was singled out as an example. He said, “This is deception by omission. The accredited course will give students a head start when it comes to getting a job in their chosen industry.”

The Chair of Universities Wales, Prof. Julie Lydon, said: “Professional accreditation is not a measure of degree quality or a requirement for awarding a degree.”

Wales is set to lose 11 MPs in a review of UK parliamentary constituencies, in an unchanged map from proposals put forward in September 2016.

Glyn Davies MP (Con, Montgomery) called the proposals “anti-democratic” as they would disproportionately affect rural parts of Wales, including his own constituency which would be abolished and partly merged with three other constituencies.

Plaid Cymru said it was an attempt to “diminish Wales’ voice” and called for the Senedd to be “properly powered” with an improved capacity as quickly as possible.

It’s unlikely the new boundaries will be in place for the next UK General Election, scheduled for May 2022, as the proposals are claimed to be deeply unpopular amongst MPs.

Call for public ownership of buses

Sian Gwenllian AM (Plaid, Arfon) called for local bus services to be taken into public ownership following a number of cuts to bus services and bus routes in Gwynedd.

She told BBC Wales, “We need to lobby to give local authorities rights and responsibilities for deciding on the timetables, when and where buses should run.

“But the Welsh Government now should start thinking properly about how to support the setting up of new municipal bus operators, so the emphasis shifts from profits to providing a service for everyone.”

The Welsh Government said they could not force operators to run routes without a subsidy and added that they provide £25million towards “socially-necessary” bus routes.

Standards Committee member demands investigations into himself are dropped

UKIP’s Gareth Bennett demanded the Standards Commissioner drop investigations into his own behaviour, particularly spending up to £10,000 on a Pontypridd office that was never opened.

Llyr Gruffydd AM (Plaid, North Wales) called for Bennett to resign from the Standards Committee, – which will eventually investigate the allegations – adding that the AM should be replaced by “someone who will treat the role of upholding standards in public life with the seriousness and respect that it requires”. 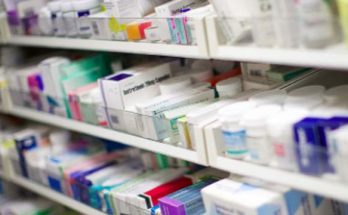 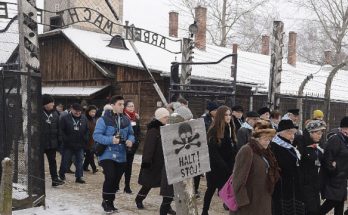