Following the Stage 3 debate on the Childcare Funding Bill last week, AMs voted on the final version of the Bill yesterday afternoon.

The Bill sets out how Labour’s free childcare scheme – a 2016 manifesto promise – would work in practice. In shorthand, it would provide 30 hours a week for 48 weeks worth of free childcare for 3-and-4-year olds of working parents who earn below £100,000 a year – the full details are here.

Children & Social Services Minister, Huw Irranca-Davies (Lab, Ogmore) said the Bill had been improved due to the input of the Senedd’s Committees and other interested parties and left no doubts as to the Welsh Government’s commitment to the scheme.

Shadow Children & Social Care Minister, Janet Finch-Saunders AM (Con, Aberconwy) said there were too many holes in the Bill outlined in “entirely permissive, uncertain terms”. There was too much left to regulations and the Bill would’ve been improved had amendments been accepted relating to transportation, expansion to include non-working parents and provide more clarity on additional charges.

Sian Gwenllian AM (Plaid, Arfon) was also disappointed amendments were rejected, saying the Bill “discriminates against some of Wales’ poorest children”. She was aware that other schemes are available to help parents who aren’t working or in training/education (i.e. Families First, Flying Start), but these aren’t statutory schemes/legally-binding and some rely on postcodes rather than need.

The Minister was disappointed by the Conservative and Plaid Cymru response; in pilot areas, it was already saving families £200-250 a week and predominantly women. It also wasn’t wholly dissimilar to what was in the Conservative manifesto.

Responding to criticisms that it was a broad “framework Bill”, the Minister said was a clear need for balance and flexibility in the Bill due to HMRC requirements regarding administering the scheme; if it wasn’t there every time HMRC changed their terms, the Bill would have to be amended. 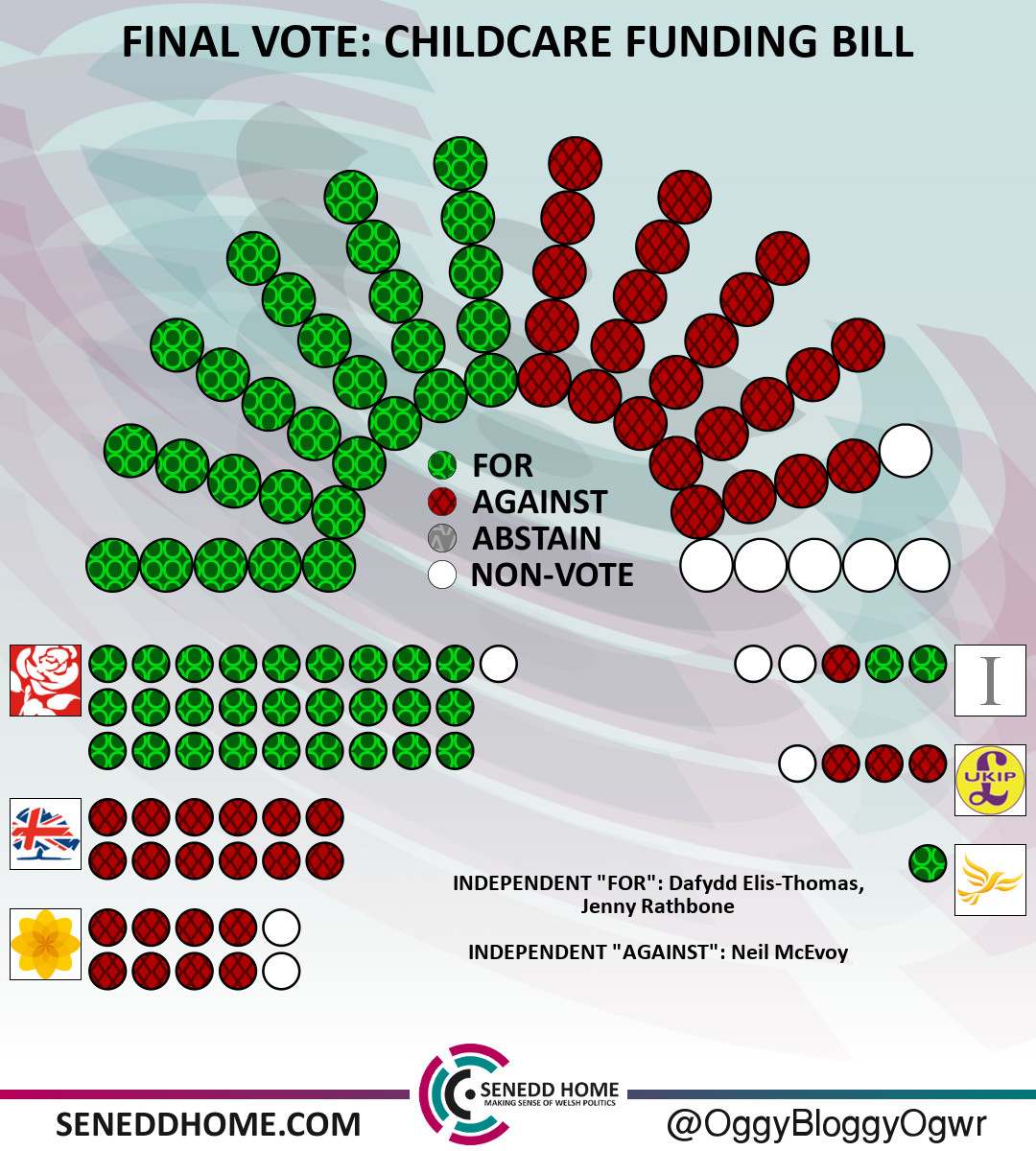