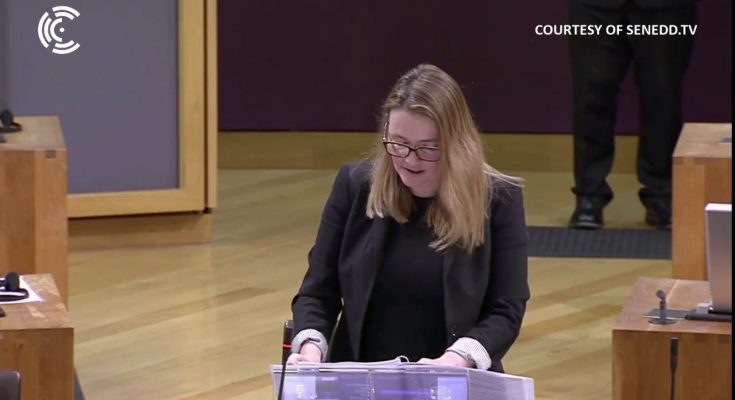 Here’s a summary of this afternoon’s question to the Education Minister.

Shadow Skills Minister, Mohammad Asghar AM (Con, South Wales East), said skills and training were too focused on the young when by 2022 a third of the Welsh workforce will be aged 50 and over. What was being done to extend access to flexible and part-time education?

“Student Finance Wales focuses heavily on young people, resulting in a deficit of important information, advice, and guidance for current and potential mature students. What are you doing, Minister, to ensure that part-time learners are treated fairly, and on an equal basis, so that part-time finance options are publicised as prominently as full-time ones in Wales?”
– Shadow Skills Minister, Mohammad Asghar AM

Education Minister, Kirsty Williams (Lib Dem, Brecon & Radnor) hoped Wales would become what she describes as a “second-chance nation” where people have the chance to learn at every stage in life.

There’s already been a “dramatic increase” in the number of part-time Open University students from Wales – thanks to what the Minister said was “the most successful public information campaign of its kind” – and a 35% increase in part-time degree registration generally.

“U-turn” on English in Welsh-medium nurseries

Following concerns about the compulsory teaching of English in Welsh-medium nurseries, Sian Gwenllian AM (Plaid, Arfon) was pleased the Welsh Government have decided to drop the idea from the new curriculum. However, the whole thing was a bit of a fiasco; shouldn’t white papers be checked and double-checked?

U-turn? There was no U-turn:

“There was never any change in policy. I said that in questions last week. It was reiterated by the Welsh language Minister the following day, and I am very pleased that we have issued a detailed clarification in which I have made clear that immersion will continue in different schools and different settings.”
– Education Minister, Kirsty Williams

This still didn’t answer Sian’s question to her satisfaction, so she moved on to the teaching of Welsh history and suggested including it on the face of future legislation to introduce the curriculum.

“Will you, therefore, consider adding the history of Wales to that list of subjects under the humanities heading? The history of Wales would then appear on the face of the Bill and it would mean that it would be a statutory requirement for every school in Wales to introduce Welsh history as part of the new curriculum.”
– Sian Gwenllian AM

The Minister was “absolutely clear” that children should learn local and national history, but the Welsh dimension of the curriculum shouldn’t be restricted to history alone – there’s Welsh literature, Welsh music, Welsh scientists. It’s a cross-cutting theme.

The voice of young people in the new curriculum

Hefin David AM (Lab, Caerphilly) asked about the voice of young people in the development of the new curriculum. A group of young petitioners from his constituency are demanding that life skills are included in the new curriculum. David Melding AM (Con, South Wales Central) raised the idea of consulting with school councils.

The Minister said the consultation was an ongoing process and a specific group representing children and young people (including those in care and with special needs) has been set up. She was also open to working with the Youth Parliament – though she won’t dictate what they should or shouldn’t discuss; it’ll be up to them.

Hefin also brought to the attention of the Minister criticisms from the WLGA and Association of Directors of Education (ADEW) that the new curriculum “was generic, poorly defined, weak on knowledge and skills and development”. ADEW also complained about a lack of consultation.

The Minister wasn’t happy with the ADEW criticism:

“….what was disappointing about that is that not only had the opportunity not been taken by ADEW to contribute their concerns during formal stakeholder meetings, but I meet regularly with the leadership of the WLGA and, indeed, ADEW, and none of those concerns had been expressed to me.”
– Education Minister, Kirsty Williams

In the latest meeting, however, both organisations were represented.