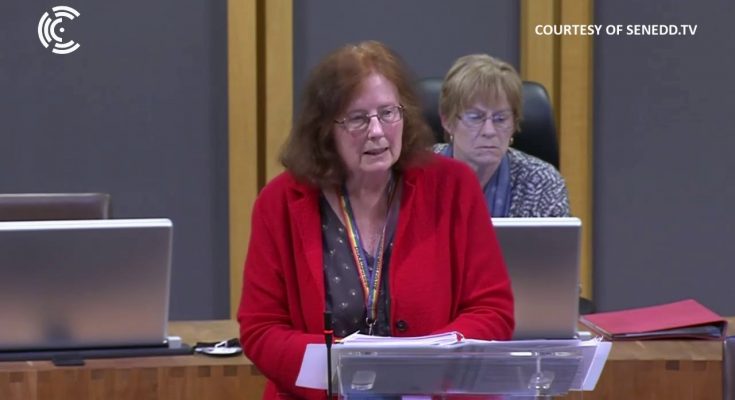 Furthering the rights of children

Shadow Social Care Minister, Janet Finch-Saunders AM (Con, Aberconwy), said it was time that young carers – some as young as 8-years-old – are officially recognised and supported to look after their own health and needs to flourish elsewhere in life.

“….we are proposing that the Welsh Government introduce (mandatory) ID cards for carers. This will benefit them by preventing them from repeating their circumstances, which find them so disaggregated from normal life in school or other forms of education, and help them to enhance communication with educational and health professionals.”
– Shadow Social Care Minister, Janet Finch-Saunders AM

Up to a quarter of young carers experience bullying and abuse, whether because of poor academic performance, poverty and having a different personality to others around them. Also, up to 50% of young carers have mental health problems which weren’t being addressed.

Chair of the Health Committee, Dr Dai Lloyd AM (Plaid, South Wales West), said his committee are undertaking an inquiry into the impact of the Wellbeing Act on carers. He went on to say that the number of young carers and the complexity of the care they provide are both increasing, but assessments of the needs of young carers by local authorities are variable. Many young carers also don’t feel supported at school.

Suzy Davies AM (Con, South Wales West) was growing frustrated at the Welsh Government’s setting of expectations instead of demanding action.

“You don’t have to expect; you can insist. I find it hugely frustrating….to know that Government, when there is complete agreement on a policy on all sides in the Chamber, can do something but chooses not to….You can promote this ID card through network partners and social media as much as you like, but if you leave this to the discretion of councils….then your expectations will not be met.”
– Suzy Davies AM

Rhianon Passmore AM (Lab, Islwyn) praised some of the investment and actions taken by the Welsh Government to date, but the Social Services & Wellbeing Act was still in its early days of implementation.

Mohammad Asghar AM (Con, South Wales East) described it as “totally unacceptable” for young people’s life chances to be so dramatically effected by caring for someone. David Melding AM (Con, South Wales Central) spoke of what the Welsh and UK governments can do to ensure young carers have full access to financial support – such as carers allowance – when undertaking full-time study.

“We can cure all sorts of illnesses that couldn’t be cured 50 years ago, all sorts of technological advancements, and yet we still have children who are forced to care because the state isn’t providing the support they need.”
– Michelle Brown AM (Ind, North Wales)

The Deputy Minister “didn’t recognise” that Wales had a problem with young carers becomeing “NEETs” and the number of school leavers who weren’t in some form of education or employment has halved.

“….we fully recognise the need for young carers to be identified and supported in education to achieve their best outcomes. Work is under way in partnership with Carers Trust Wales to support schools to identify and better support their young carers.”
– Deputy Minister for Health & Social Services, Julie Morgan

She announced a phased introduction of a carers ID card is due before the end of 2019. 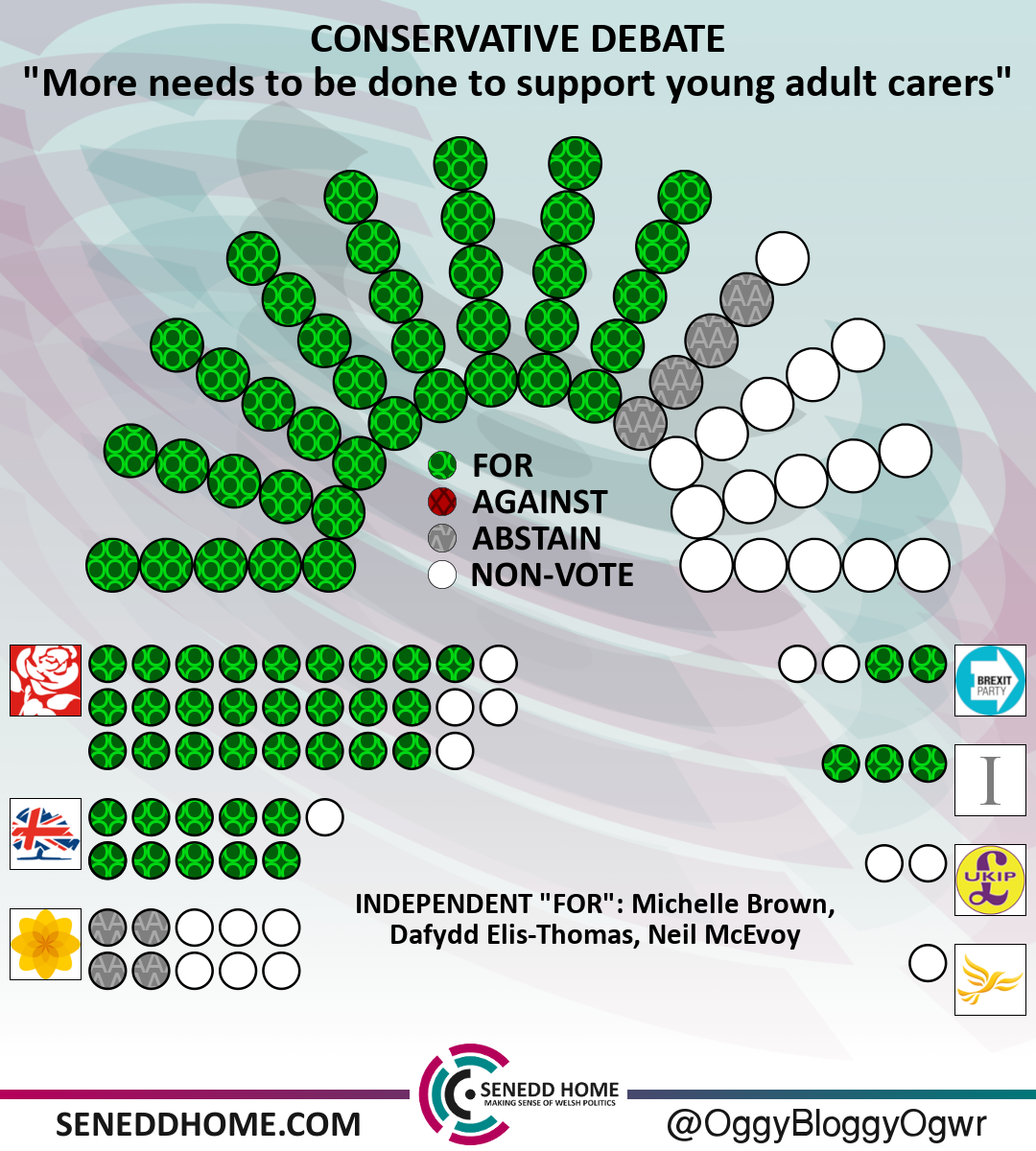