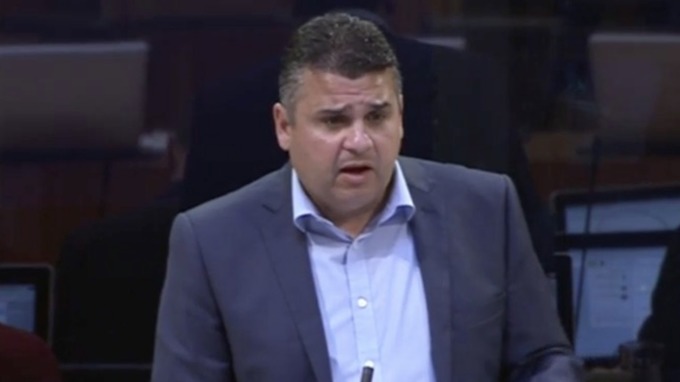 An application by Neil McEvoy AM (Ind, South Wales Central) to rejoin Plaid Cymru has been delayed after the committee tasked with reviewing the application was dismissed following leaks to the press.

A spokesperson for the party told BBC Wales: “We regret two instances of unauthorised disclosure of information that have occurred in respect of Mr Neil McEvoy’s application to re-join the party”.

The committee failed to reach a decision prior to being dissolved, with strong arguments reportedly made for and against McEvoy’s re-admission.

The Chief Executive of Cwm Taf Morgannwg health board, Allison Williams, has been placed on extended sick leave. Maternity services at two hospitals in the health board have been placed into special measures following damning reports into failures which may have resulted in the death of babies.

Rhondda Cynon Taf Council recently passed a motion of no confidence in the Chief Executive, while there were a number of calls for her resignation. BBC Wales also reports that members of the Senedd’s Health Committee weren’t satisfied with evidence the Chair gave to them.

Plans to introduce a 50p-per-unit minimum price for alcohol in Wales have been delayed after Portugal challenged the policy at EU level. It was unclear why Portugal decided to challenge the law, but other EU member states had previously raised concerns that minimum pricing in Scotland would negatively impact imported alcohol.

The Health Minister, Vaughan Gething (Lab, Cardiff S. & Penarth), said he expects to be able to table regulations in the autumn and the new pricing mechanism could come into effect “in early 2020”.

Probe into anonymous e-mails to AMs

Swansea University has launched an investigation into anonymous e-mails, signed “Your Friend”, which were sent to AMs making a number of accusations about the university’s handling of investigations in the circumstances surrounding a controversial Wellness Village development in Llanelli.

Several members of staff were suspended for misconduct after it was revealed there were a number of undeclared interests in the development, which forms part of the Swansea City Region Deal. A joint investigation by the UK and Welsh governments has already resulted in Carmarthenshire Council being stripped of the lead role.

Dwr Cymru announced it will invest a £47million “customer dividend” in improvements to the water network. The dividend is a result of the company’s not-for-profit model.

Constant changes to junior ministers at the Wales Office have been blamed on lack of progress in developing a regional growth deal for north Wales, according to the North Wales Economic Ambition Board.

While the Wales Office rejects suggestions of a lack of commitment, the Board told MPs that every time there was a change in staff, new obstacles would arise. There were also complaints that £120million offered by the UK Government falls short of the desired £170million figure.