Accessing the benefits of bilingualism

Shadow Welsh Language Minister, Suzy Davies AM (Con, South Wales West), believed that very little has been done by the Welsh Government – through its various strategies – to promote bilingualism amongst small and medium-sized businesses. There’s often goodwill towards the language, but it has to come with incentives – the first-Welsh language “establishment”won’t be seen as a voice that will persuade businesses on bilingualism.

“Business, in my opinion, needs to talk directly to business. That’s why we want to see language champions from within the business world: co-production, transition, learners who know how difficult it is to make progress with the language, and those who understand the bottom line too.”
– Shadow Welsh Language Minister, Suzy Davies AM

On the basis of fairness, there also needed to be non-court based remedies for non-Welsh speakers who may be denied various opportunities.

Delyth Jewell AM (Plaid, South Wales East) said the challenge to create and secure 1 million Welsh-speakers by 2050 shouldn’t be over-simplified. It was unfortunate that plans for a new Welsh Language Bill were scrapped, but it reflects the mess the Welsh Government finds itself in with policies and priorities changing with each ministerial appointment. She also believed that enabling non-Welsh-speaking individuals to complain about jobs that require Welsh-speaking skills would be a retrograde step and undermine the whole point of having a Welsh Language Commissioner.

Leader of the Opposition, Paul Davies AM (Con, Preseli Pembs.), mentioned that the number of trainee teachers able to teach in Welsh was at its lowest point in a decade, making it even more difficult to expand Welsh-medium education to meet the 2050 target.

An ambitious, but challenging, strategy

The Welsh Government’s amendment completely reworded the motion, but the Minister of International Affairs & Welsh Language, Eluned Morgan (Lab, Mid & West Wales), didn’t believe this was undermining the Tory motion, but offers a broader picture of what’s happening on the ground – which she went on to list in some detail.

On the core point regarding businesses, however:

“I do think that it’s important that we do underline the fact that we do agree that we need to strike an appropriate balance between regulating and promoting in order to help businesses, particularly small businesses, to be bilingual. Because we know….that it’s not the establishment that’s going to persuade SMEs to engage with using the Welsh language, but they may respond to the fact that bilingual provision can attract more business. We know that that’s true.”
– International Affairs & Welsh Language Minister, Eluned Morgan 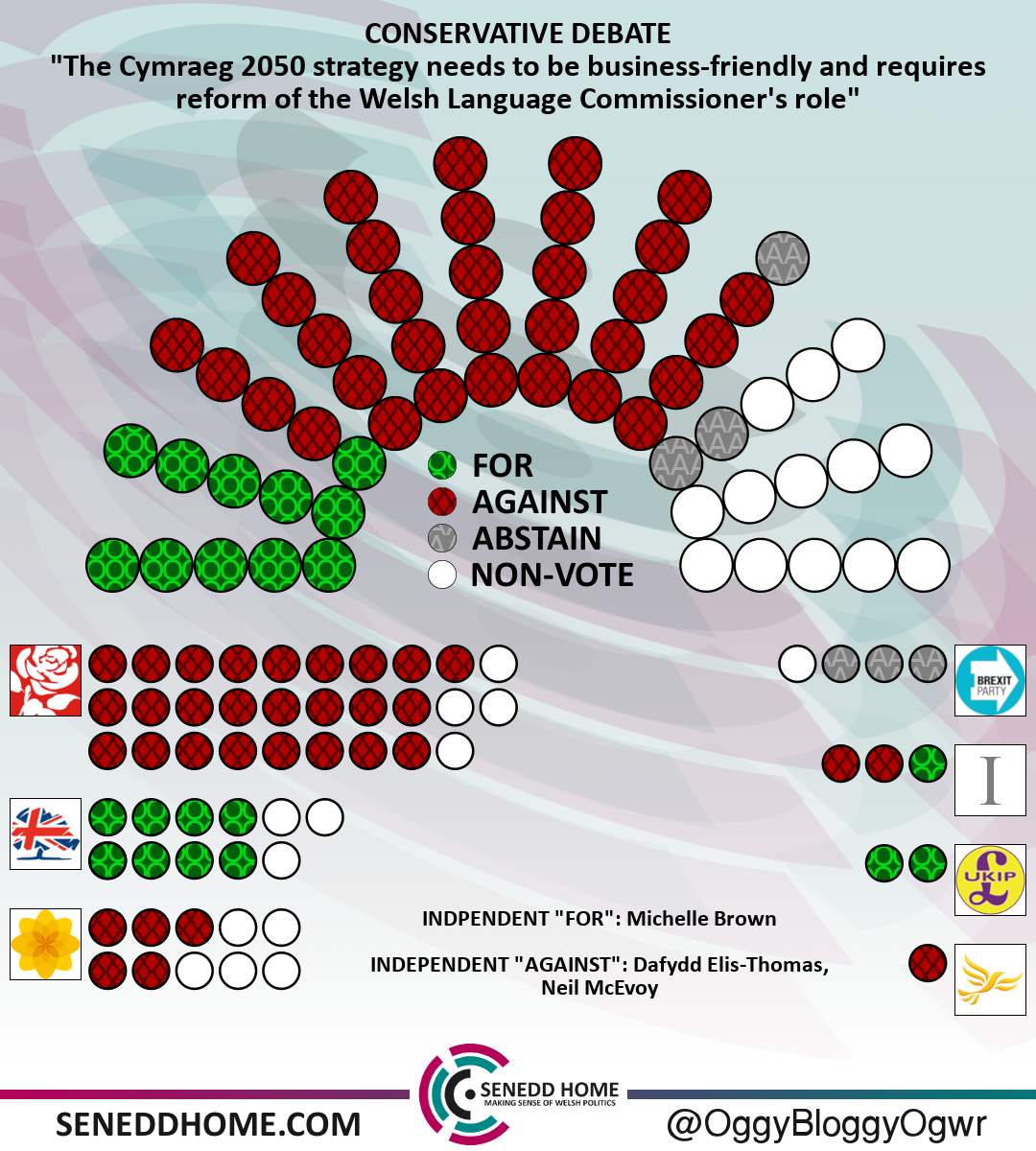