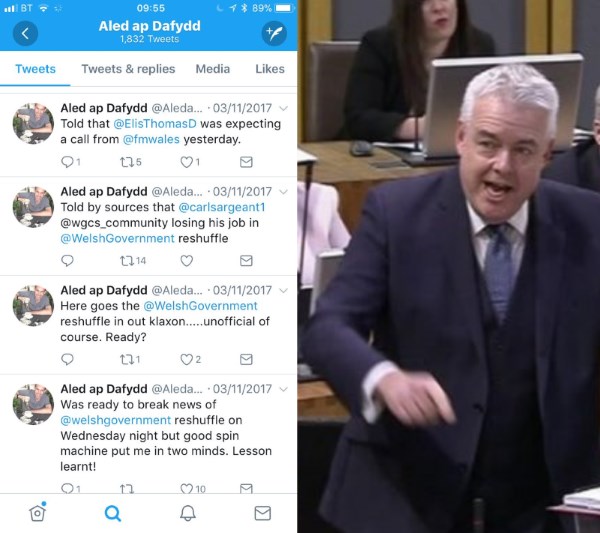 Following the conclusion of the Coroner’s inquest into the death of the former minister, Carl Sargeant, the First Minister’s Office published a number of documents relating to the affair. Amongst them was what’s described as a “minute” on an inquiry into leaks to the media prior to Carl Sargeant’s dismissal in November 2017 (pdf). It isn’t said to be the full report.

The minute is just over a sheet of A4 long and includes a description of the methodology and summarised findings. It concluded there was no direct evidence of information being leaked to unauthorised recipients. However, information was shared between Labour MPs and AMs prior to Carl Sargeant’s meeting with the then First Minister, while details of the allegations against Mr Sargeant and his dismissal were also discussed.

The Welsh Government has gone to great lengths to prevent the full report being published.

The Senedd voted in favour of the report being published in March 2018. In April that year, the then First Minister threatened the Senedd with legal action to prevent a debate being held which would force the publication of the report via a clause in the Government of Wales Act 2006.

Reacting to the minutes, the Conservatives called for more information to be published, “because this statement simply serves to add to the pain of a family still mourning the much-loved, larger than life character we all miss greatly”.

A separate set of papers was released regarding the terms of the long-delayed QC-led inquiry into the circumstances surrounding Mr Sargeant’s sacking. Minor technical changes have been approved but the terms won’t be substantially different from what they were originally.