So ends another Senedd parliamentary session and, as is tradition, I finish with my personal assessment of the performance of government ministers and opposition leaders. The starting point is Mark Drakeford’s first Cabinet, though some go back further than that.

Unless something major happens, Senedd Home returns w/c 9th September 2019 with any reports etc. published over the summer recess.

A shaky start as First Minister. After seemingly bending over backwards to accommodate the UK Government’s wishes on Brexit, he’s at long last grown a spine – but it seems to have come far too late and at the expense of leading Labour into one of its worst-ever defeats in Wales. He still speaks well in the chamber and the decision to scrap the Newport bypass was bold, but he seems very easy to wind up despite his best attempts at hiding it behind an academic distain for stupid questions.  There’s still time for things to turn around and they usually do for Labour and I suspect Brexit will be the making or breaking of him.

The fact Rebecca Evans hasn’t introduced a full budget of her own yet has ensured this has been a relatively “quiet” year, made more difficult by a delay to a UK spending review which has made long-term budgeting harder. Most of the major developments on the finance side of things happened before she was appointed as Finance Minister so it’s perhaps too early to properly judge her performance for the time being.

I’ve said this portfolio often turns out to be the graveyard of career ambitions and after several years of relatively solid performances, this is the first time Vaughan’s been beset by serious problems which, to an extent, he’s struggled to deal with. He’s long been far too easily dismissive of complaints that aren’t “evidence-based” or don’t come from within the NHS itself (in short, he doesn’t seem to care what patients or opposition AMs think). That’s come back to haunt him at Cwm Taf. In political terms, one bad year can be excused – but this usually turns into a pattern in Wales.

It’s been a very busy year for Kirsty, with the biggest task being the new curriculum – though she’s become institutionalised; she uses all the right education sector buzzwords, subsequently losing her previous ability to communicate effectively to everyone. She’s demonstrated a clear commitment to, and independence in applying, Lib Dem values of local control and freedom (when it comes to schools, teachers, universities etc), but sometimes the government does have to give them an idea of where to go and perhaps her hands-off approach will eventually have been seen to have gone too far in a few cases.

It’s becoming something of a make-or-break period for Hard Hat Ken. It depends largely on how his department reacts to a series of major job loss announcements in Welsh industry (Bridgend Ford being the largest so far), the economic fallout from Brexit and dealing with the Newport M4. He has a clear vision when it comes to transport (the white paper contained a number of welcome proposals) – and sells it well – but there’s a danger he gets taken in too easily by the latest “visionary” project and has a tendency to use stock answers and phrases.

Lesley already had one of the toughest jobs in the Cabinet due to Brexit, but that’s been further added to with the growing sense of urgency around addressing climate change and the subsequent climate emergency declaration. Considering the extreme workload, I’d say she’s handled it well and has been making the right noises in a number of areas – though we all actually have to start seeing something on the ground. The only big negative is a tendency to announce new initiatives without much detail or attached timescales.

Julie James has been a pleasant surprise and I think she’s proving (to me anyway) why she’s in the Cabinet. Her work on housing so far has been very promising and depending on budgets etc. has the potential to be genuinely transformative if it all comes together properly. It appears she has a much better working relationship with local government than her predecessors too. My criticism would be that she’s over-eager to delegate work to various sub-committees and task & finish groups – so she doesn’t seem that keen to make decisions on her own initiative. Is Julie a bit of a pushover?

Eluned often says the right things, but there’s little evidence of actually doing anything (yet). I’m sure we’re going to hear more on a new international strategy and alike after the summer recess, while Brexit still looms large. Scrapping the proposed Welsh Language Bill was a big call (probably the right one), but it’s also hard to tell whether she’s actually for or against the Welsh language generally. There are the makings of a very good minister there, but we’ve all got to start seeing concrete actions. There’s plenty of time for that though.

I haven’t covered Brexit questions as often as other sessions because I’m fed up of the whole thing and nothing’s materially changed in months. However, the Counsel General and Brexit Minister, Jeremy Miles (Lab, Neath), has to be a candidate for a big promotion in the next reshuffle (whenever that may be). His line on Brexit does appear to have been more consistently clearer than his bosses in Cardiff and London and he’s approached it in a highly professional manner. He’s had to make u-turns (on a second referendum), but it takes skill to do that without making it look like a u-turn and the potential codification of Welsh law is, constitutionally, quite significant.

Deputy Minister for Health & Social Services, Julie Morgan (Lab, Cardiff North), has been a pleasant surprise, having approached the controversial Smacking Ban Bill in a spirit of consensus despite very obviously having strong personal opinions on it. She’s also taking a keen interest in reducing the number of children taken into care – one of the hidden scandals of Welsh public policy.

Lee Waters (Lab, Llanelli) has certainly got people’s attention when he’s spoken up and I don’t think it’s a secret that his appointment was a sign the Newport bypass would be dropped. He’s talking the talk on new economic models and shifting paradigms, but (in something that’s a recurring theme this year) we need to see something happen and there’s always a danger that the paragon of orthodoxy, Ken Skates, isn’t going to listen to him or think his ideas are too radical.

Chief Whip and Deputy Minister without portfolio, Jane Hutt (Lab, Vale of Glamorgan), has never particularly set the world alight but brings experience to the top table. She’s managed to maintain party discipline through a difficult period and has shown a clear commitment to protecting the rights of minorities ahead of Brexit.

In my opinion, time’s running out for Hannah Blythyn (Lab, Delyn) to make a mark. While she’s demonstrated a pragmatism by seeking to work with the UK Government on areas of common interest (like deposit-return), she seems to take an extraordinarily long time to make decisions – demonstrated by the legal issues surrounding the Barry incinerator.

At times it’s seemed like Deputy Minister for Culture, Dafydd Elis-Thomas (Ind, Dwyfor-Meirionnydd), has actively avoided doing anything. He doesn’t want to intervene on radio, the press or heritage. He doesn’t want to intervene in sport or physical activity. He needed his arm twisted to secure a National Broadcasting Archive, while Creative Wales is so far three years in the making. There’s something to be said for being hands-off in government, but there’s a fine line between that and laziness.

It’s too soon to comment on Mark Reckless and the Brexit Party, while UKIP is no longer an official opposition group, so it’s just two this year.

Paul Davies AM (Con, Preseli Pembs.)
Leader of the Opposition

Has Paul made an impact since taking over the Tory leadership in 2018? It’s hard to tell. He seems a bit slow to capture the public mood when asking questions and has only ever appeared animated when discussing his Autism Bill and Pembrokeshire – though using First Minister’s Questions to ask about your own patch isn’t a good look. He’s still relatively anonymous and, like many Tory leaders in Wales, has had any good scrutiny work his party might’ve done here completely overshadowed by Westminster Clown College. He was never going to have the same stage presence as Andrew RT Davies, but I thought he would do better than this – though he’s hardly done badly either. Needs to have a think about strategy over the summer because he’s being massively overshadowed by….

The early signs are promising. Having navigated some really difficult times over the last 12 months, Plaid has become noticeably more “in-your-face”. They’ve put Labour on the ropes on several occasions and in some cases moved the Overton window in their favour (such as on a second Brexit referendum and independence). While this is all good news, there’s a danger Plaid will fall victim to things which have tripped them up on more occasions than I can count: over-confidence and in-fighting caused by ego clashes. Behind the social media hype, the electoral numbers are nowhere near as good as they should be. They still have a hell of a lot of work to do between now and 2021, but they seem to be on their way at least. 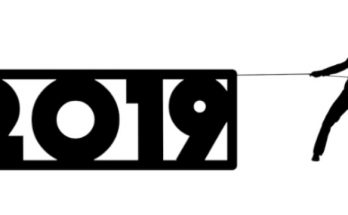 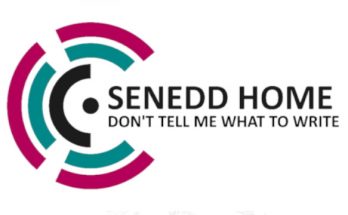 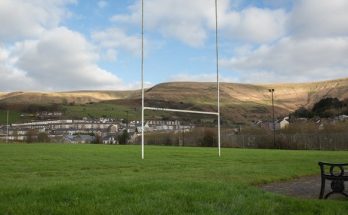 “You do it!”: When the Big Society outpaces Small Government