No need to apologise, Deputy Minister

Adam Price AM (Plaid, Carms. E. & Dinefwr) picked up on Lee Waters’ recent much-publicised comments on the economy and his subsequent apology – which Adam Price believed he didn’t need to make.

“I think he is absolutely right that conventional (economic) thinking has failed… But the second part of his statement is simply a statement of fact that you’ve achieved static GDP, in relative terms, over 20 years. The Government, in which you were a senior adviser, set a target of achieving 90% of UK GVA per head. In fact, we’re now in the low 70s, exactly where we were, as Lee Waters says, 20 years ago.”
– Adam Price AM

Naturally, the First Minister didn’t agree with his junior minister. Wales currently has the highest levels of employment and the lowest levels of economic inactivity we’ve ever had. Also, when discussing the economy, Plaid aren’t very eager to point out that Ieuan Wyn Jones ran the economy brief for four years.

Adam Price was, nonetheless, pleased Ieuan Wyn Jones got a mention as his economic strategy at the time emphasised supporting indigenous businesses and replacing grants with loans – policies which were largely ignored. With the Wales Governance Centre publishing today that Wales’ fiscal gap is £13.7billion, was it Welsh Government policy to close this?

The First Minister said it ought to be the ambition of any government to close the gap, but economic underperformance within the UK was a case for remaining part of the UK instead of trying to explain how to close that gap should Wales become independent.

Leader of the Opposition, Paul Davies AM (Con, Preseli Pembs.) told the chamber it was a “disgrace” that maternity services at Withybush Hospital in Haverfordwest will be reduced to on-call, out-of-hours service despite promises there would be no changes as recently as March.

“This is just symptomatic of your government’s approach….to our NHS? You tell us one thing in this Chamber but what you actually do is completely different. So far in our exchanges, we’ve spoken about Betsi Cadwaladr being in special measures for more than four years, and Cwm Taf entering special measures, and now we see….Swansea Bay University Health Board in the news.”
– Leader of the Opposition, Paul Davies AM

The First Minister believes he “couldn’t have it both ways”; you can’t ask questions about the detailed management of a single hospital then complain about government micromanagement. Ultimately, these decisions are taken by health boards.

Mark Reckless AM (BXP, South Wales East) mentioned a statement on a ministerial visit to Dublin, where the Irish Government “expressed incredulity” that Wales voted Leave in 2016. How would they like it if UK ministers complained about Irish independence? In his mind, we should tell the Irish that if they want to avoid a no-deal, they had to move on “the backstop”.

The First Minister wasn’t particularly impressed and the comments from the Irish Government were typical of what’s said of the UK Government’s approach to Brexit negotiations. The UK-Irish border has serious implications for peace and simply dismissing it didn’t measure up to the seriousness of the situation.

Mark Reckless moved on to the UK Foreign Office withdrawing diplomatic support to the SNP Scottish Government and extended it to the Welsh Government after the SNP promoted independence abroad. Why pal up to a party committed to breaking up the UK?

The First Minister believes Mark Reckless and others needed some self-awareness:

“I want the UK to be a success, and I want Wales to be a successful part of a successful UK. But, when the foreign office acts in that high handed sort of way, then it simply hands a public relations coup to those people who have a different idea of the future. And in the end, it is the unionists who pose the greatest threat to the union, because they will not take these matters seriously and they act in those foolish sorts of provocative ways.”
– First Minister, Mark Drakeford (Lab, Cardiff West) 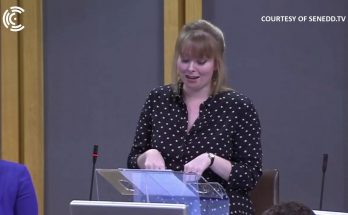