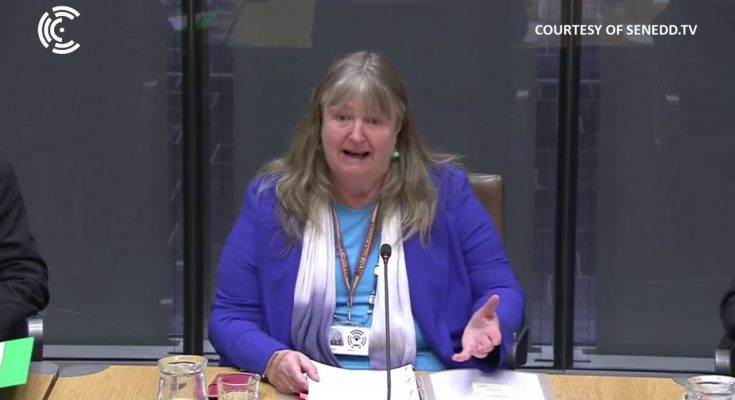 House-builders have criticised comments from Local Government & Housing Minister, Julie James (Lab, Swansea West), who suggested at a housing conference that the quality of some new-build developments meant they had the potential to become “slums of the future”. The comments were reportedly applauded by attendees at the Tai 2019 event.

The Home Builders Federation sent a letter asking the Minister to clarify her comments, saying they were “committed to delivering high quality and affordable homes and considerable progress has been made in recent years to improve purchasers’ satisfaction with new homes.”

The Minister told BBC Wales: “Sometimes we build things that are single tenure, they are a little bit cramped and look a bit dense. Not always, and it’s patchy across Wales, but our new planning policy guidelines are making it very clear that we want a community and not an estate.”

Tributes to former Conservative leader in the Senedd

The first leader of the Conservatives in the Senedd, Rod Richards, died on July 13th at the age of 72 following cancer.

He served as MP for Clwyd West between 1992-1997 and was AM for North Wales from 1999-2002. He resigned following an accusation of grievous bodily harm. An opponent of devolution, in his later years he joined UKIP and developed an alcohol problem.

Leader of the Opposition, Paul Davies AM (Con, Preseli Pembs.) said: “He was an able and talented politician whose career had its ups and downs but he made in indelible mark on Welsh politics and devolution.”

The British Retail Consortium told BBC Wales that business rates required reforms and the government had to do more to support the retail sector, which employs an estimated 130,000 across Wales.

Police called to investigate drug use at the Senedd

The Assembly Commission has called for South Wales Police to investigate the use of illegal drugs on its estate after an ITV Wales investigation found evidence of cocaine use in toilets accessible only via a pass – usually issued to AMs and staff. Swab testing kits returned a positive test when rubbed on surfaces in at least two toilets.

In a statement, the Assembly Commission said: “We are working with all employers to remind them of the Codes of Conduct for Assembly Members, Assembly Member support staff and Commission staff and that any pass holders found to be in possession or under the influence of illegal substances will be subject to disciplinary procedures and may be reported to the police.”

Teachers concerned about new curriculum’s impact on the attainment gap

A Cardiff University survey of teachers at schools pioneering the new curriculum has found that 30% of teachers believe the new national curriculum will be beneficial to students from the most deprived backgrounds.

Currently, only 32% of pupils eligible for free school meals achieve 5 A*-C grade GCSEs, compared to 64% of those not eligible.

WISERD’s Nigel Newton told BBC Wales: “This is shocking. What we don’t want is for there to be a situation in 10 years time, where pupils in some schools leave just not knowing the things other pupils know.”