Events in London have conspired to overtake them, but earlier this afternoon the Senedd was recalled for only the fourth time in its history in order to debate the latest Brexit crisis.

The First Minister told the chamber that the issue of telling the truth was paramount; we have a Prime Minister and UK Government which says one thing then does another, whether it’s on prorogation or civil contingencies relating to Brexit. Boris Johnson has decided that the “inconvenience” of Parliament is best addressed via a forced silence.

The impact of a “No Deal” won’t be temporary and the Welsh Government supported going back to the people whether via a second referendum or, more likely, a new UK general election. Nonetheless, the government rejects all amendments to the motion, which the First Minister said would “dilute our message”.

“A poll this week was absolutely devastating about the Prime Minister’s approach. Voters regard Johnson’s suspension of Parliament as undemocratic by 46% to 32% The Prime Minister’s decision to throw 21 of his MPs, including two former Chancellors of the Exchequer, and the grandson of Winston Churchill, out of his party is also viewed as undemocratic by 45% to 32%. Only a fifth of voters think people voted in 2016 to leave with no deal.”
– Lynne Neagle AM (Lab, Torfaen)

Hefin David AM (Lab, Caerphilly) called for a written or codified constitution as it was clear the UK constitution was failing and constitutional reform has to happen before constitutional change. He also repeated his presumption against referendums which, in the case of Brexit, has “divided this country irrevocably”.

Joyce Watson AM (Lab, Mid & West Wales) said Brexiteers once revered parliamentary sovereignty, but now they accuse anyone standing in their way of being enemies of the people. Carwyn Jones AM (Lab, Bridgend) later added that the current parliament was elected after the referendum on clear manifestos and there was no mandate to pursue a “No Deal”.

John Griffiths AM (Lab, Newport East) believes a suspension of parliament – while the Orb steelworks was in peril – would be damaging to efforts to solve that problem.

Adam Price AM (Plaid, Carms. E. & Dinefwr) told AMs a dictatorship rarely happens in one go but “in a series of small wounds” which fester; he even went so far as to suggest the situation was as dangerous as the 1930s.

Neil McEvoy AM (Ind, South Wales Central) tabled his own amendments which were similar to Plaid but containing more specific detail; it was time to engage with the best minds to set out a path for sovereignty.

Delyth Jewell AM (Plaid, South Wales East) described the early days of the Johnson premiership as a “throw-the-busted-kitchen-sink-at-‘em car crash waiting to happen”. She made the case for a Constitutional Convention to be established to set out the future options for Wales because the Union was dying much faster than anyone had anticipated.

David Melding AM (Con, South Wales Central) threw his support behind the Withdrawal Agreement, warning that the Conservatives were becoming an intolerable place for the liberal-minded.

“I have to say….the deal now on offer from the EU, adopted after negotiations with the Labour front bench, is overwhelmingly in the national interest. We should unite and accept it. The notion that somehow it’s being stopped by an undemocratic backstop is preposterous. A majority of people in Northern Ireland support the backstop, as do the majority in Britain.”
– David Melding AM

Rhun ap Iorwerth AM (Plaid, Ynys Môn) spoke in favour of his party’s amendment calling for publication of Operation Yellowhammer (the Brexit civil contingency plan) documents to make it clear what a “No Deal” would mean. To that end, Dr Dai Lloyd AM (Plaid, South Wales West) warned that supplies of winter flu vaccines, medical radioisotopes and insulin could be disrupted under a “No Deal”.

Llyr Gruffydd AM (Plaid, North Wales) said many Leave-voting farmers had changed their minds once becoming aware of what “No Deal” meant. Meanwhile, Bethan Sayed AM (Plaid, South Wales West) added that the Northern Irish peace process should’ve been higher up the agenda and a “No Deal” would be catastrophic to that process and could scupper a UK-US trade deal.

Wales “isn’t without a voice”

Leader of the Opposition, Paul Davies AM (Con, Preseli Pembs.) agreed on a need to get out of the current impasse, but his argument essentially boiled down to the recall being a waste of time:

“I am concerned that the Assembly is debating this motion today, contradicting the devolutionary process, and using a Westminster competence to grandstand. Every constituency in Wales is represented by a Member of Parliament, and it’s their job to directly represent the views of constituents on Brexit, and the way in which the UK Government is leading the country out of the European Union. The people of Wales are not without a voice on this matter.”
– Leader of the Opposition, Paul Davies AM

Unsurprisingly, Mark Reckless AM (BXP, South Wales East), wasn’t too happy with the recall or the interventions of the Speaker of the House of Commons – who he derided as a “biased member of the remain establishment” and had made decisions which go against standard constitutional precedent. On Brexit itself, while he preferred a deal (at first) it was now time for a “No Deal”, suggesting collaboration between remain MPs and the EU to frustrate the Brexit process.

All opposition amendments – including those from Plaid Cymru calling for publication of Operation Yellowhammer advice and the establishment of a Constitutional Convention – were rejected. 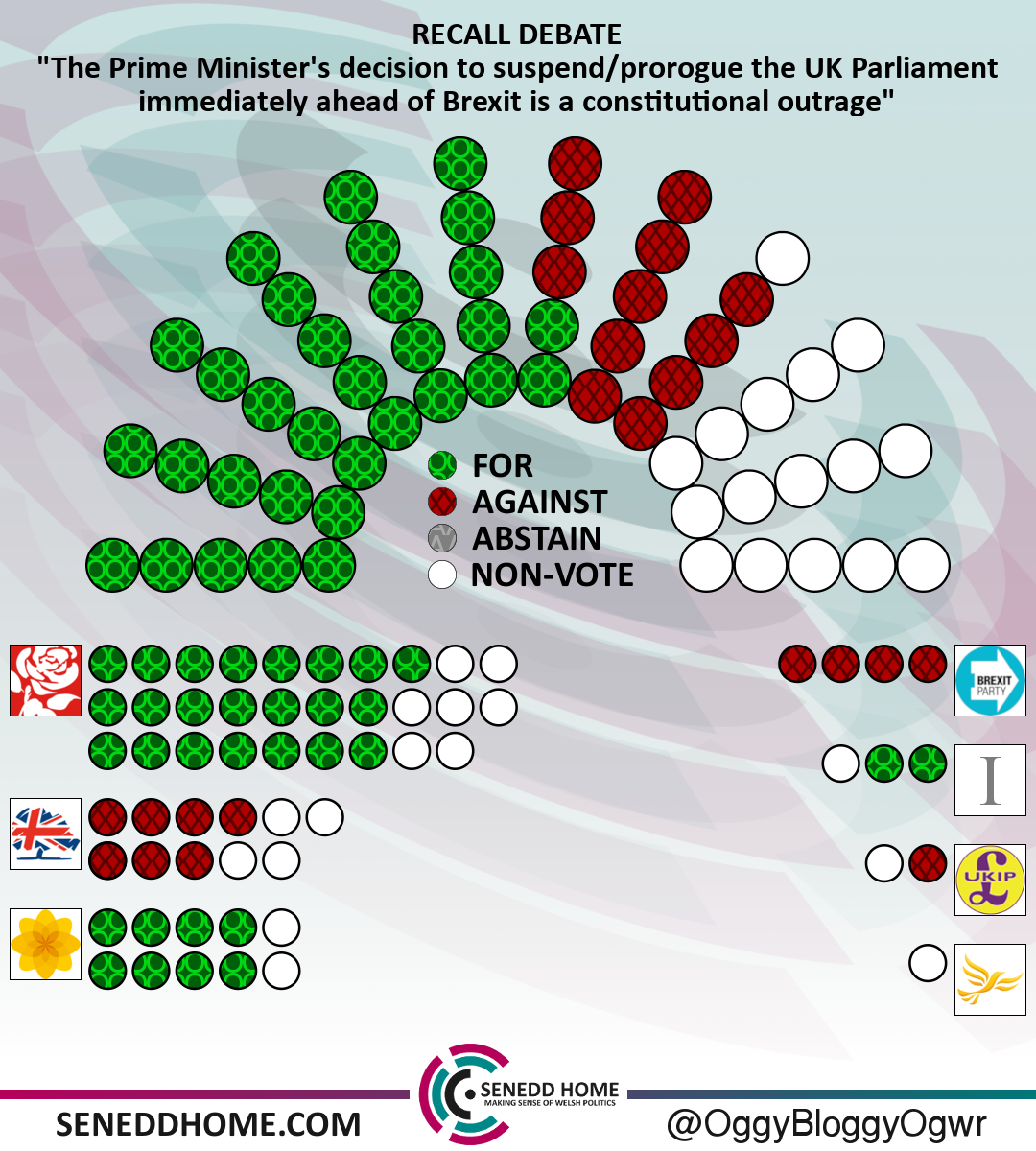 Senedd Home returns next week with a round-up of some of the main stories, policy announcements, committee reports etc. from over the summer recess. The Senedd itself reconvenes w/c 16th September. 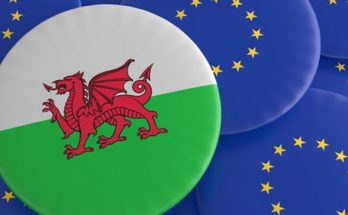