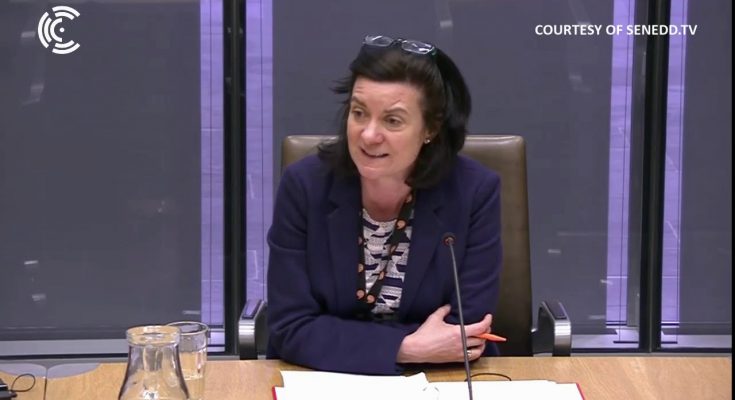 Chair of the Committee, Bethan Sayed AM (Plaid, South Wales West) said that while the Welsh Language Measure 2011 was seen as a broad positive, there was frustration at the complexity surrounding Welsh Language Standards – though also agreement that the law didn’t need to be changed yet.

“In assessing whether to continue with the current system or to simplify aspects of the legislation, we recognised as a committee that the majority of the organisations currently implementing the standards have only been doing so for a year or two. The Committee, therefore, agreed with the Welsh Language Commissioner in post at the time who told us that ‘it’s much too early to decide that the legislation needs to be amended wholesale’ on this point.”
– Chair of the Culture Committee, Bethan Sayed AM

She called for a firm date for the introduction of standards for water companies and health regulators. She also asked whether the Welsh Language Commissioner will be provided with appropriate resources to undertake promotional work for the language.

Shadow Welsh Language Minister, Suzy Davies AM (Con, South Wales West), praised the ambition of the Cymraeg 2050 programme, but it’s dependent on a number of things. She criticised the fact that promotional work was stripped from the Welsh Language Commissioner’s remit without the Senedd’s consent. She did, however, express caution at extending standards to new areas of public life before properly considering the impact of current standards.

Sian Gwenllian AM (Plaid, Arfon) said it was now clear that language promotion rests with the Welsh Government and that requires a “powerful unit” within the government to take on that work. She also asked why the Minister has put pressure on the Welsh Language Commissioner to undertake fewer complaints investigations – which would surely weaken the standards regime.

Caroline Jones AM (BXP, South Wales West) supported the use of technology (like Duolingo) to encourage people to learn Welsh but was concerned that cutbacks to council budgets would hamper efforts to reach the 1million Welsh-speaker target by 2050.

Minister for Welsh Language & International Relations, Eluned Morgan (Lab, Mid & West Wales), said the government either accepted or accepted in principle all of the Committee’s recommendations.

For too long the emphasis in language policy has been towards regulation at the expense of policy interventions.

“….although we are no longer expecting to legislate, I have made a decision that is aimed at seeing a better balance between creating rights to access Welsh services on the one hand, and practical work, which is policy work, on the other hand.”
– Minister for Welsh Language & International Relations, Eluned Morgan

She added that the focus now was more on language planning and behavioural change. A new “multidisciplinary unit” will be established within the Welsh Government to drive Cymraeg 2050 forward.