Yesterday, Jenny Rathbone AM (Lab, Cardiff Central) put forward an idea for a proposed law which would set a levy on workplace parking spaces, with a view to using the revenues raised to invest in public transport and both walking and cycling.

Getting the behavioural change we need

Jenny Rathbone said the proposed legislative solution would tie in well with policies such as a future Clean Air Act and the national development framework. It would force employers to consider the number of workplace parking spaces they provide. The policy has been implemented elsewhere with some success:

“Nottingham introduced a workplace parking levy in 2012. This is a lot easier to implement than a standard congestion charge, and they were clearly outlining that the first 10 parking places are free. It does not apply to disabled parking places, front-line emergency services or vehicles being used for the transport of goods to and from as part of their business. Staff parking at hospitals and other premises are also exempt. The impact has been fantastic. The air quality has improved, nitrogen oxide emissions have gone down and it’s generated £44 million in the last seven years, ring-fenced for transport projects.”
– Jenny Rathbone AM

She acknowledged that Welsh local authorities already have this power under existing legislation, but no Welsh council has so far implemented it with Cardiff the only one actively considering it. This proposed law would focus attentions on an all-Wales basis.

Nick Ramsay AM (Con, Monmouth) had come concerns. He agreed on the need for getting people out of private transport but believed this could end up being a tax levied on the people who can least afford it. This policy might work well in urban areas, but less so in places where private transport is near enough essential, like Monmouthshire. He did suggest though that a levy could be used to nudge people into buying electric vehicles by exempting them.

Plaid Cymru supported the proposal. Llyr Gruffydd AM (Plaid, North Wales) said there were many cross-policy benefits such as improving the environment and potentially improving people’s health. He did, however, suggest that any levy would need to be proportionate to a person’s salary.

David Rowlands AM (BXP, South Wales East) believes such a levy should only apply to public sector employers, while Michelle Brown AM (Ind, North Wales) suggested it could result in businesses being charged twice for the same thing – business rates and this proposed levy.

Talk to your local councils

Economy & Transport Minister, Ken Skates (Lab, Clwyd South), noted the extensive powers councils already have for this and, as such, perhaps didn’t have the response Jenny Rathbone would’ve liked.

“….there is nothing stopping local authorities from doing what Jenny Rathbone is, I feel correctly, advocating. The powers are there, the reasons for taking action and to utilise them are clear. And so, Dirprwy Lywydd, I’d urge supporters of the scheme to press their local authorities to consider this proven intervention.”
– Economy & Transport Minister, Ken Skates 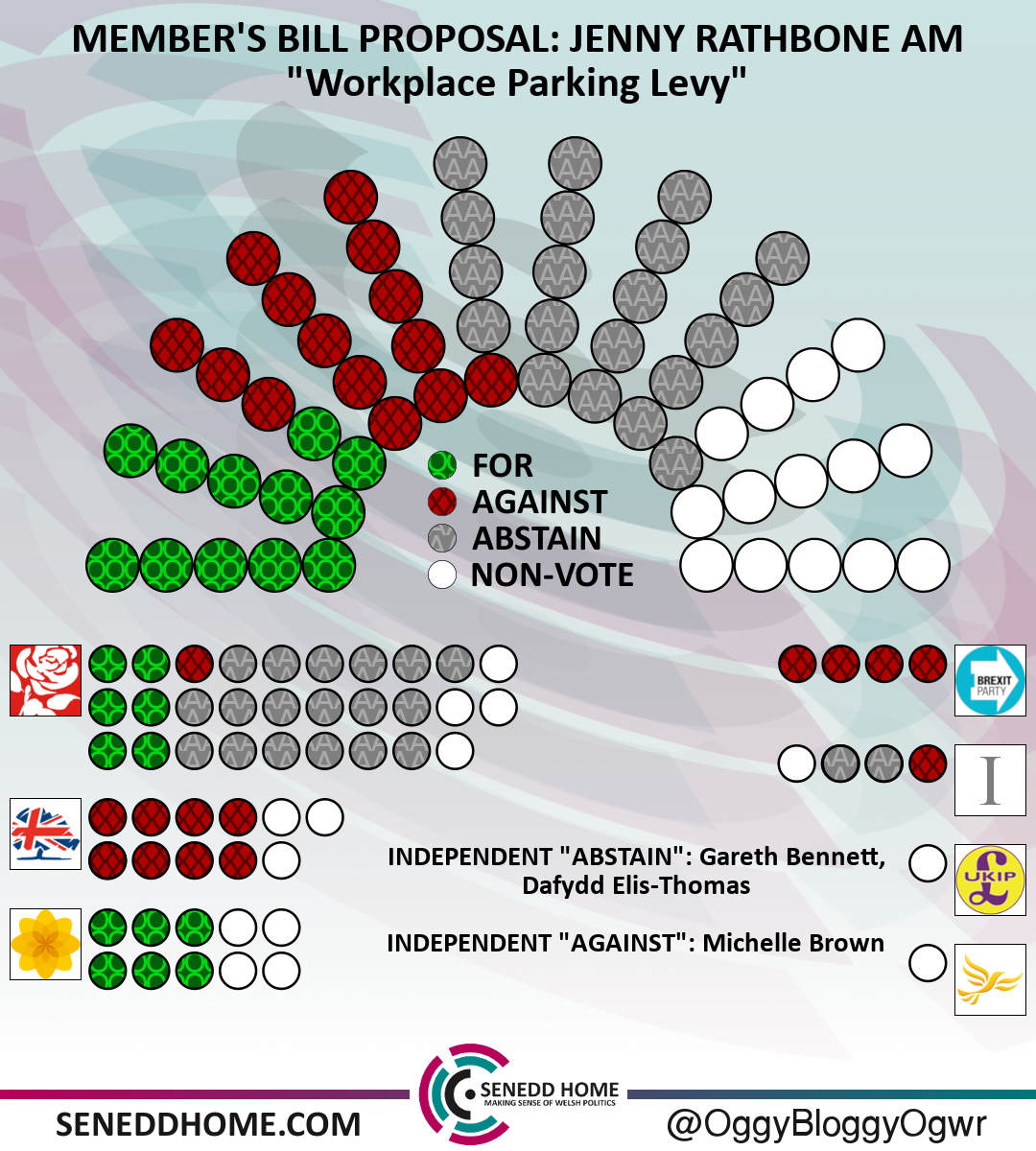