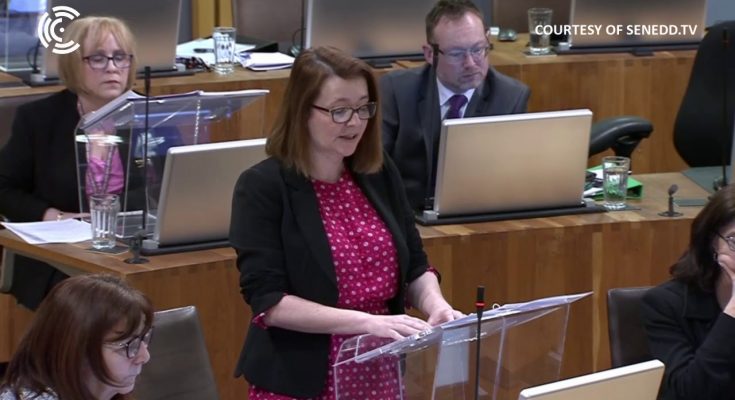 Within hours of the 2018 PISA results being revealed, AMs had the opportunity to question the Education Minister, Kirsty Williams (Lib Dem, Brecon & Radnor). She said that, overall, it was good news and a clear sign of progress.

The Minister was particularly pleased by an increase in high-performers in reading and mathematics and while Wales hasn’t exceeded the OECD average, a high bar has been set. She paid tribute to the hard work of teachers and students who were “beginning to show what Wales is capable of”.

She was, however, concerned about the student wellbeing findings which implied high levels of emotional stress amongst Welsh students, hoping that the “whole-school approach” to mental health would deliver in the long run.

Shadow Education Minister, Suzy Davies AM (Con, South Wales West), noted the improvements, but it still wasn’t quite good enough with Wales remaining the weakest nation in the UK. Compared to the abandoned target of a 500 point average score across all three subjects, Wales remained some way behind.

Sian Gwenllian AM (Plaid, Arfon) added that while Wales’ performance was encouraging, she had concerns over inconsistencies in how the new curriculum is being faced up to by teachers; only 40% of teachers in pilot schools felt they were part of the curriculum’s development. There was also a mounting recruitment crisis with a third of new teachers leaving the profession within five years.

“No tension” in levels of support for advantaged and disadvantaged students

Mark Reckless AM (BXP, South Wales East) thought the Minister was a little “too self-congratulatory”; Wales was still lagging behind the OECD average for high performers despite clear improvement.

He also thought there may be a tension between the levels of support offered to pupils from more deprived backgrounds compared to those from advantaged backgrounds – many nations invest more in well-off and high-performing pupils, Wales is one of the few doing the opposite.

The Minister rejected this:

“I don’t believe there is a tension there. The Government cannot ignore anybody. The education system has to be a system that works for every single pupil to allow them to reach their full potential, whether they are students with profound additional learning needs….or whether they’re the students I met today who are destined for world-leading universities, we have to create an education system that allows each and every single individual to reach their full potential.”
– Education Minister, Kirsty Williams

David Rees AM (Lab, Aberavon) was upbeat about the results but was concerned about the OECD findings on low levels of reading amongst Welsh students – which may or may not imply increased digital reading over print reading.