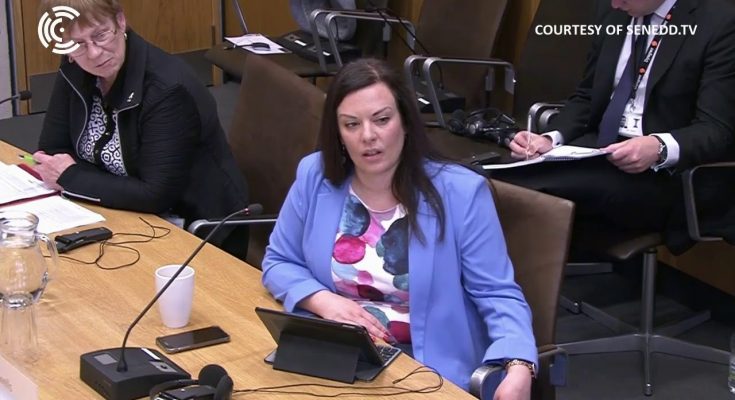 This week’s short debate was from Vikki Howells AM (Lab, Cynon Valley) on the challenges and opportunities surrounding adult social care.

Sketching out the solutions

With the proportion of people aged 65+ and those requiring care expected to increase over the next decade, most of the argument around social care has been on cost. While Vikki Howells said cost is an important consideration in its own right, there were plenty of practical challenges and opportunities that are more about ways of working that money.

Some local authorities, like Rhondda Cynon Taf, have focused on preventing unnecessary hospital admissions and “bed blocking” by setting up a 7-day-a-week multidisciplinary team. Technological innovations were also playing an important part:

“The assistive technology lifeline will be enhanced to provide a 24-hour, mobile, rapid-response service for 365 days a year to people using a lifeline pendant. And of course, the council is also committed to invest in extra care facilities across Rhondda Cynon Taf, and I’ve been very impressed by those when I’ve gone to visit them. They’re part of the council’s commitment to modernise older people’s residential and day services.”
– Vikki Howells AM

She also spoke in favour of co-operative based care services based within specific communities instead of being part of a conglomerate focused on profits and dividends, as well as professionalising the care workforce through improved qualifications and recognising care as an important role through reforms to pay and working conditions (such as banning compulsory zero-hour contracts).

Struggling to keep up with demand

Deputy Minister for Health & Social Services, Julie Morgan (Lab, Cardiff North), stressed that local authorities and the Welsh Government were struggling to keep up with the demand for care – but there have been moves to modernise the care service through legislation. Children, rather than adults, were also seeing the biggest increases in social service spending by local authorities.

The Deputy Minister spoke in favour of “rebalancing” the care system:

“Independent providers will remain a key part of the system, and we have fantastic independent providers in Wales, and we are dependent on them…..As a Government, we want high-quality, independent providers to play a key role. But we will also support local authorities who wish to bring more provision directly under their control. We also want to see co-operatives, as Vikki Howells referred to, playing a bigger role in a balanced care market. In the new year, I intend to provide a statement that sets a framework for pursuing the rebalancing of social care.”
– Deputy Minister for Health & Social Services, Julie Morgan