With the UK leaving the EU tomorrow night, this is the last Brexit debate I’m (hopefully ever) going to cover at Senedd Home except for those relating to the direct (not hypothetical) practicalities of Brexit itself, or major developments in negotiations with the EU or UK Government policy.

Interests to both parties to get a trade deal done

With the usual Brexit pleasantries out of the way, it was time to look forward and he was optimistic a permanent deal could be concluded by the end of the year on the basis that it’s in the interests of both the UK and EU. It was also an opportunity to rethink how structural funding is spent, with more details on the proposed UK Shared Prosperity Fund forthcoming.

Mark Isherwood AM (Con, North Wales) criticised what he considered to be scaremongering over funding, schemes like Erasmus+ and putting the NHS on the table in trade deals.

“I think there is a role for the UK Government, and also a very full role for the Welsh Government. And those roles will be different than they were within the EU structures. And, overall, I would be happy to see something where the relative powers and influence of the UK Government on the spending of regional development money coming from the UK in Wales is no greater than that that was taken by the EU, but I think we should have a pragmatic approach to try and make that work.”
– Mark Reckless AM (BXP, South Wales East)

David Rees AM (Lab, Aberavon) said that while the referendum result is being properly implemented, the means of Brexit is now more important to the future of Wales. There had to be a role for the devolved administrations in future trade agreements – but there were already hints that trade deals won’t be anywhere near as easy as the UK Government thought, given recent suggestions a US trade deal could be scuppered by the UK Government’s decision to allow Huawei involvement in 5G.

Dr Dai Lloyd AM (Plaid, South Wales West) thought this was an opportunity to turn a Westminster power grab into a power gain and to fully use flexibilities from being outside the EU – on state aid, VAT, procurement rules, immigration – to Wales’ benefit.

Looking forward, not back

Replying on behalf of the government, Counsel General & Brexit Minister, Jeremy Miles (Lab, Neath) wanted to look forward, not back. He accepted that a Norwegian-style arrangement, favoured by the Welsh Government, was no longer possible but the goal has to be minimising the number of trade barriers with the EU.

The two things the Welsh Government would like to see, going forward, is a meaningful role for the devolved administrations in EU and trade deal negotiations and, secondly, meaningful constitutional change to ensure the UK can survive Brexit.

“….in recognising the opportunities that leaving the EU will provide, including the potential to secure a closer relationship with other nations who trade, and to recognise clearly that we are leaving the EU, we have focused in this amendment on the constitutional challenges that will arise. We must all now turn our attention to those.”
– Counsel General & Brexit Minister, Jeremy Miles

An amended version of the motion which recognised benefits and challenges from leaving the EU and calling for constitutional reform of the UK after Brexit was approved by 27-16 with 7 abstentions. 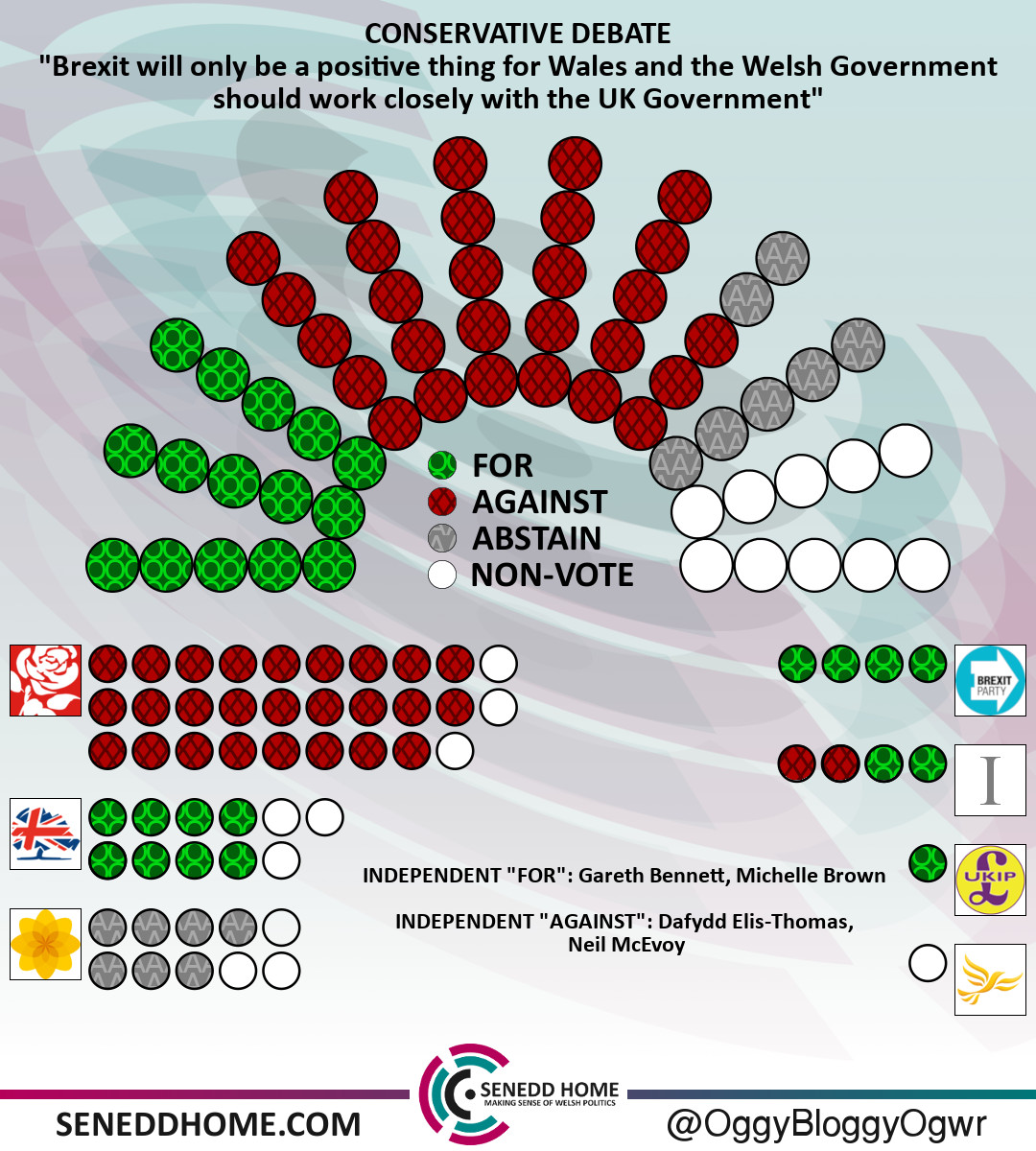