Ross England – whose deliberate collapsing of a rape trial eventually resulted in the resignation of former Welsh Secretary, Alun Cairns – has been officially dropped as a candidate for the Vale of Glamorgan at 2021’s Senedd election.

A transcript of the moment the trial collapsed was published on Wales Online, which showed that England brought up the sexual history of a rape victim without prompting, resulting in the judge and barristers reacting with disbelief at his “stupidity”.

A Conservative source has supplied an email from Darren Millar AM (Con, Clwyd West) to the chair of the Welsh Conservatives, Byron Davies – dated 14th June 2019 – in which the AM says England’s social media output had become an embarrassment, including messages supporting the abolition of the Senedd and opposing bilingualism.

The source said: “Darren Millar AM, on behalf of the Welsh Conservative Group, called on Byron Davies to deselect Ross England over six months ago. He expressed grave concerns about Mr England’s suitability as a candidate and highlighted issues which demonstrated that Mr England’s values were not compatible with modern Wales and those of the Welsh Conservative Group.” 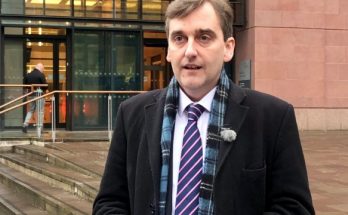