(Title Image: iStock via The Planner)

Don’t set limits on what communities can do for themselves

Having long been a strong advocate of co-production (individuals, groups and communities having direct influence over services provided to them), Shadow Communities Minister, Mark Isherwood AM (Con, North Wales), said the Welsh Government has long been averse to using this approach in community regeneration projects.

“Labour sets limits on what the voluntary sector, social enterprises and community groups can do. Welsh Conservatives recognise that it is these social entrepreneurs and poverty fighters who can deliver the solutions for the long-term problems of our most deprived communities—they can succeed where the state alone fails.”
– Shadow Communities Minister, Mark Isherwood AM

Whilst having sympathy for arguments that Communities First failed to deliver, Leanne Wood AM (Plaid, Rhondda) was once again astonished that the Conservatives were lamenting poverty and deprivation she believes is caused by them. Poverty is caused by policy and can even be stopped with the right will; will that was sadly lacking by both Labour and Conservatives alike.

Mike Hedges AM (Lab, Swansea East) recognised that the idea that a £30million Communities First scheme would eliminate poverty bordered on delusional, but there were plenty of examples of smaller-scale projects which made a difference including clothes recycling, credit unions and adult training.

Mohammad Asghar AM (Con, South Wales East) said thriving high streets were key to addressing deprivation and there needed to be a package of measures to support businesses – particularly cutting business rates.

“Minister, our aim would be – and we would like this to be your aim – to create a more level playing field around investment between our towns and our cities. We would like to give more power to local communities to take control of their local regeneration efforts. We want to adopt the community rights agenda, established by the Localism Act 2011.”
– Angela Burns AM (Con, Carms. W. & S. Pembs.)

Flexible regeneration support for over 50 towns and communities

Deputy Minister for Local Government & Housing, Hannah Blythyn AM (Lab, Delyn) said the tone of the motion implied there was little to no investment in seaside towns when many – including Rhyl, Barry and Haverfordwest – are benefiting:

“….this Government is providing significant regeneration support to over 50 towns and communities across Wales, which is unlocking £800 million of investment between 2014 and 2022. Whether it’s old chapels or neglected town halls, decaying cinemas or now-defunct bingo halls, whether it’s struggling high streets or derelict properties, our investment is helping to breathe new life into them. That may be as offices or enterprise hubs, community or care hubs or events-based and leisure facilities, improved retail offers and even new homes.”
– Deputy Minister for Local Government & Housing, Hannah Blythyn

The goal will be to consolidate existing regeneration funds (the Deputy Minister suggesting there were “too many”) and maximising their impact instead of creating brand new ones. 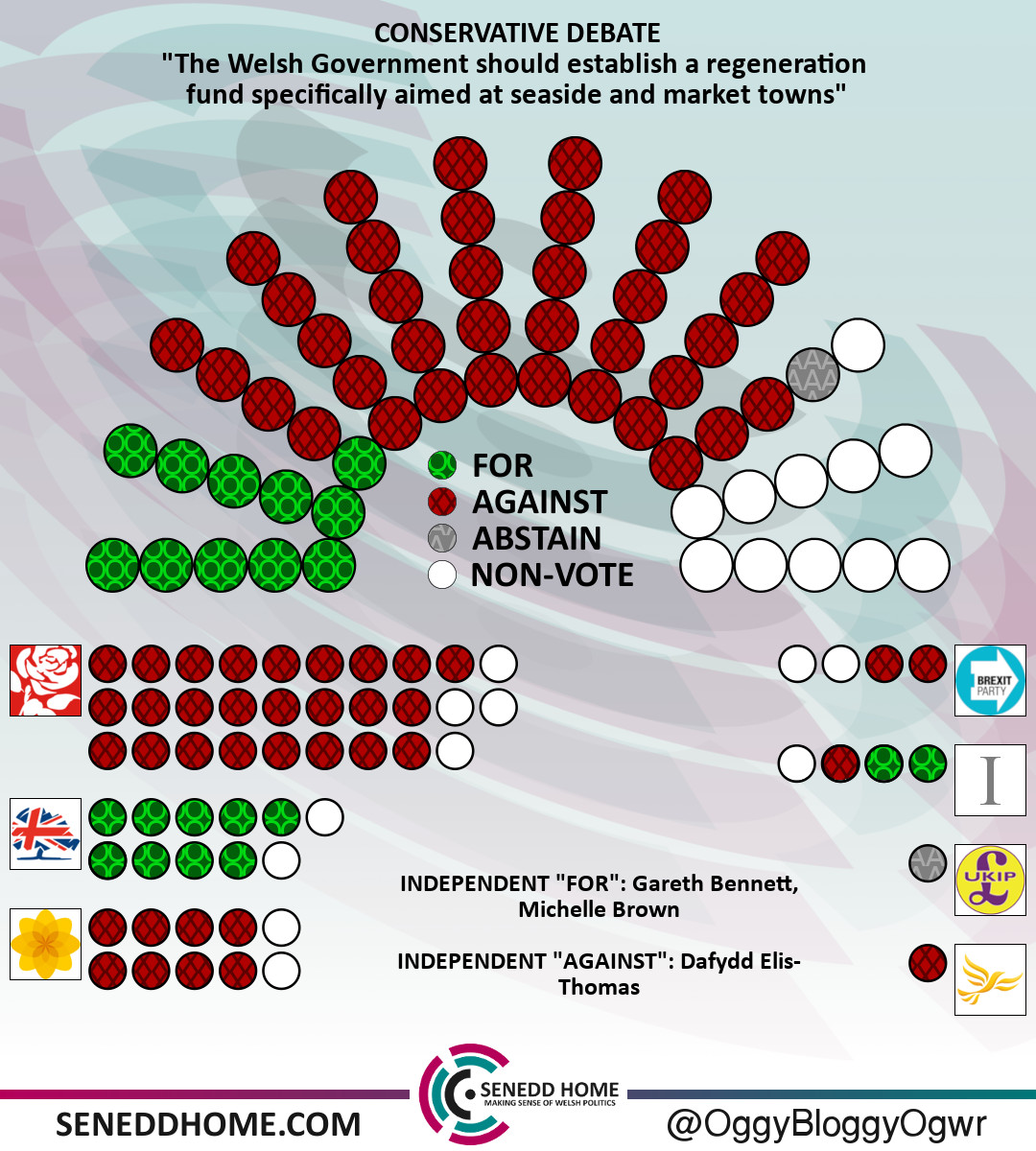