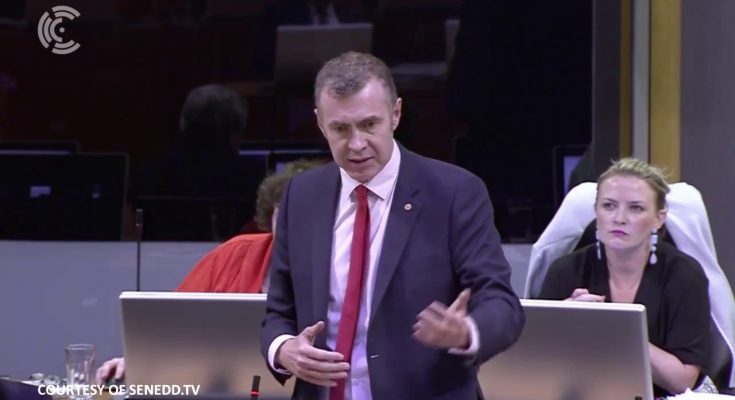 Tabling the motion, Plaid Cymru leader, Adam Price AM (Plaid, Carms. E. & Dinefwr), described child poverty as one of the greatest failures at the heart of modern politics. 20 years ago everyone was talking about eradicating it, but for all of that time, between 28-36% of children in Wales live in a household below the poverty line – largely driven by changes to the benefits system. Turning to his party’s proposal:

“Now, it’s not an original idea. It’s based on the Scottish child payment that will be introduced later this year of £10 to low-income families. That started as an idea actually from the coalition of anti-poverty groups in Scotland, with the Give Me Five campaign to top up child benefit by £5 a week. The modelling around that suggested that that even would lift 30,000 children out of poverty in Scotland.”
– Adam Price AM

Several Labour AMs mentioned that Scotland had the power to introduce such a programme, while Wales doesn’t. Rhianon Passmore AM (Lab, Islwyn) said the case for welfare administration devolution needs to be based on evidence, while the Chair of the Communities Committee, John Griffiths AM (Lab, Newport East) pointed to some of the challenges identified in his committee’s report on welfare devolution.

As cost was often the first thing mentioned with ideas like these, Leanne Wood AM (Plaid, Rhondda) presented an estimate of £364million a year based on 200,000 children living in poverty. Focusing on what the Welsh Government were already doing – as requested by several Labour AMs – Sian Gwenllian AM (Plaid, Arfon) pointed towards criticisms of the free childcare scheme, which should be expanded to cover every child.

Janet Finch-Saunders AM (Con, Aberconwy) criticised the constant shifting of blame from the Welsh Government to the UK Government; large amounts of money have been spent on programmes like Communities First with little to show for it at the end.

Whilst not rejecting the “interesting” idea out of hand, Deputy Minister for Local Government & Housing, Hannah Blythyn (Lab, Delyn), said there were several issues which require further work due to potentially unforeseen consequences.

“Of course, we could seek the competence to amend benefits, but this needs to be done with our eyes wide open to any unintended and unwanted consequences. As we’ve heard Members say today, if funding did not follow the responsibility, the resources would need to come from elsewhere and doing so, we would not want to place that burden on those least able to bear it the hardest.”
– Deputy Minister for Local Government & Housing, Hannah Blythyn

Firstly, there’s the lack of powers (as mentioned) – which are unlikely to be forthcoming as things stand. Without powers over the administration of welfare, the £35-a-week could be deemed additional income by the DWP when calculating benefits. There were also different estimates for how much the payment would cost – possibly up to £525million a year, which would have to come from somewhere. 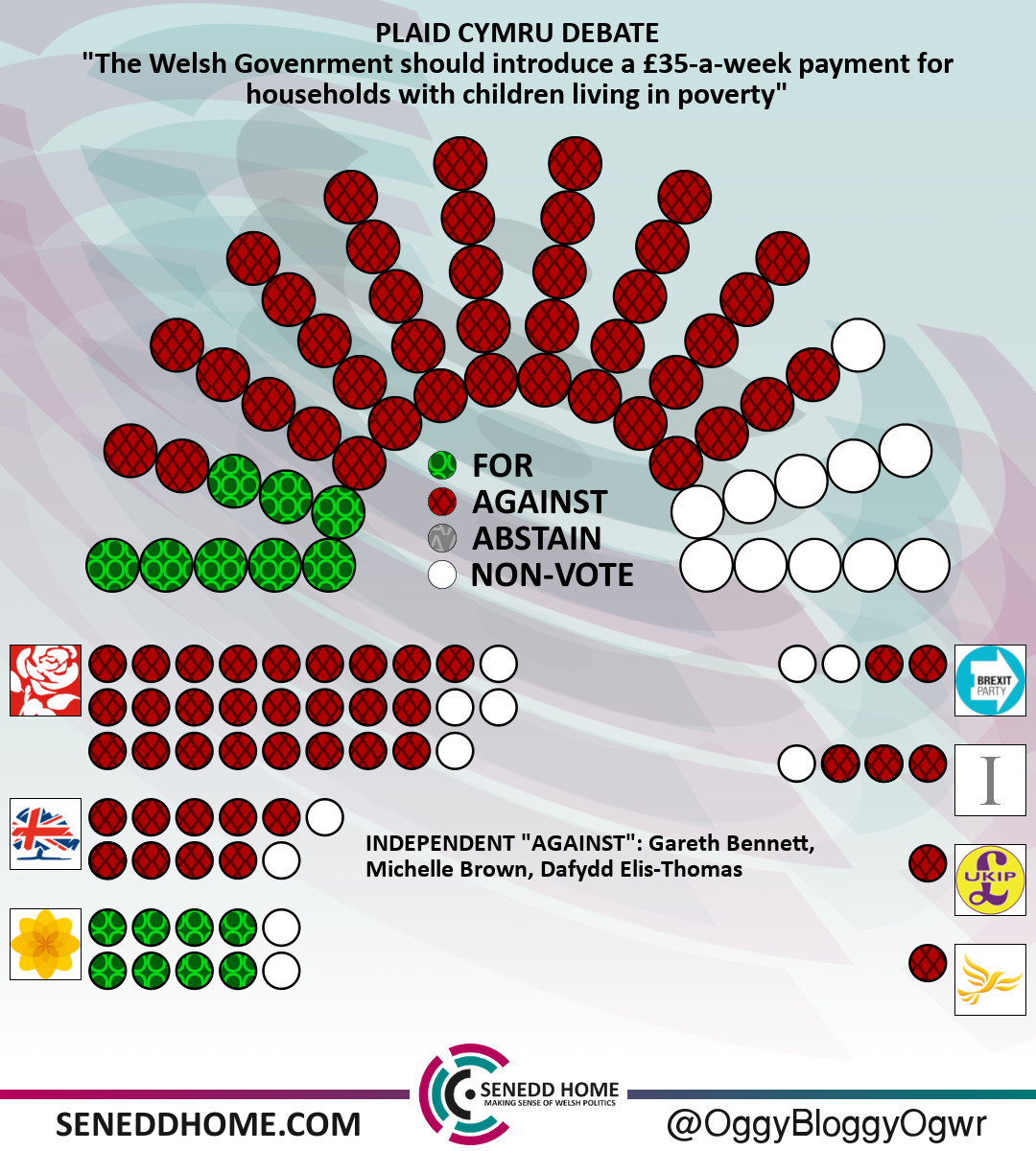