BBC Wales reports that many parents are confused over the terms of the Welsh Government’s flagship free childcare scheme.

The scheme provides 30 hours of free childcare a week for up to 48 weeks a year for 3-and-4-year-olds of working parents earning under £100,000 a year, but this has meant some families have received childcare bills during school holidays.

There were calls for the scheme to be extended to cover student parents and those actively seeking work. However, the Welsh Government defended the scheme saying: “More than eight out of 10 people have more disposable income as a result and more than half feel work-related decisions are more flexible. It also found there are more opportunities for training, learning and development.”

Broadcaster and naturalist, Iolo Williams, has called for greater recognition of the contribution of wildlife volunteers, which he believes wasn’t fully appreciated by decision-makers.

He told BBC Wales: “When you get to Welsh Assembly, UK Government and European level I don’t think they really appreciate that a lot of the information that is fed through to them to decide on policy has been collected by this huge army of volunteers out there – so our debt to them is a great one.”

The Welsh Government expressed its gratitude to volunteers, saying it was investing £2.8million in local nature partnerships.

He was first elected in 2010 and has been an outspoken supporter for revoking the ban on hunting with dogs. He also supported Remain in 2016.

He said he wanted to have a positive relationship with the Welsh Government, saying: “In the end, we both have the same objectives, we both want the best for the residents of Wales. I think voters in Wales, whichever party they prefer, want to see us working hand-in-hand.”

There was no return to the Conservative UK Cabinet for the re-elected Vale of Glamorgan MP, Alun Cairns, though he was cleared of breaching the Ministerial Code after denying he knew about the collapse of a rape trial by former employee and Tory Senedd candidate, Ross England – denials which were later proven false.

While the investigation found it “unlikely” he wouldn’t have known about the trial collapse, there was no way of proving it. He resigned as Welsh Secretary in November 2019.

The victim in the collapsed rape trial described the investigation as a “sham” and criticised the decision by the UK Cabinet Office not to contact her. 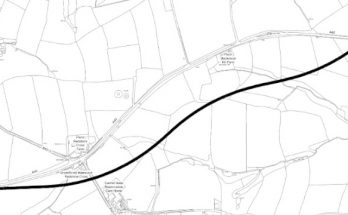