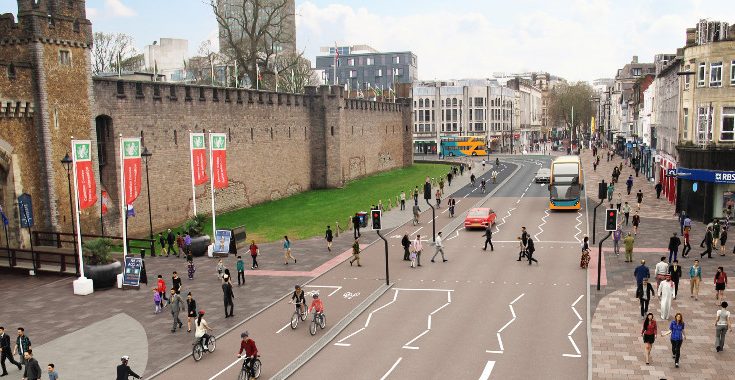 Cardiff Council has denied claims from opposition parties and within Labour that plans to introduce a congestion charge for non-Cardiff residents were a “tax on the Valleys”.

The proposal forms part of a transport white paper (pdf) published last week, which proposed £2billion worth of infrastructure investments and incentives to get people out of their cars over the next decade including:

While the ambition was welcomed, Alun Davies AM (Lab, Blaenau Gwent) and Dr Hefin David AM (Lab, Caerphilly) both expressed reservations that their constituents would be paying for a (Labour-run) Cardiff Council policy.

These claims were denied by Cardiff Council Leader, Cllr. Huw Thomas, who said: “What we would be doing is putting in place alternatives to using the car, and have this go live before any charge came into place.”