Yesterday, AMs voted on whether to give consent to the Withdrawal Agreement (Brexit) Bill. The Senedd has to be asked permission when UK-level laws relate to devolved powers.

The Scottish Parliament (92 votes to 29) and the Northern Irish Assembly (unanimous) both rejected it and there was an expectation from the start that the Senedd would reject it too.

While the UK Government and Parliament have to ask permission, in practice they can ignore any rejection by the devolved administrations – and that’s going to be the case here.

Objections not all about Brexit

Brexit wasn’t the core reason why opponents to the Withdrawal Agreement were going to vote against it – nearly everyone who contributed accepted that Brexit is going to happen. Most of the objections revolved around how the Brexit Bill respects (or, in this case, doesn’t respect) the devolution settlement.

Paying tribute to unsuccessful attempts in the House of Lords to amend the Bill in Wales’ favour, the First Minister criticised the lack of time given to properly scrutinise the legislation, arguing that Welsh interests had been thoroughly ignored and the Bill will undermine the devolution settlement.

Mick Antoniw and Alun Davies AM (Lab, Blaenau Gwent) both warned that overriding the principle that devolved legislatures are asked for their consent when the UK makes laws in devolved areas (known as the Sewel Convention) risks breaking up the UK down the line.

Delyth Jewell AM (Plaid, South Wales East) criticised the UK Government’s failure to compromise, as well as the hubris of Labour and Lib Dems who thought they could beat Boris Johnson and ended up giving him exactly what he wanted – a Hard Brexit and possibly another “No Deal” at the end of the transition period in December.

Replaying arguments which have been made several times over the last three years, the Leader of the Opposition, Paul Davies AM (Con, Preseli Pembs.), and Mark Reckless AM (BXP, South Wales East) said the 2016 referendum result had to be respected and it was time to let the UK Government “get on with the job”.

Mark Reckless added that Remainer parties had “gambled” on elections going their way and by rejecting previous versions of the Withdrawal Agreement under Theresa May has resulted in things like a customs union and alignment with EU rules being taken off the table.

David Melding AM (Con, South Wales Central) argued that the principle that the UK Parliament can effectively do whatever it likes (“parliamentary sovereignty”) is embedded in all devolution laws; Brexit counted as an abnormal enough situation to justify the UK Government overriding decisions made in Wales, Scotland and Northern Ireland. 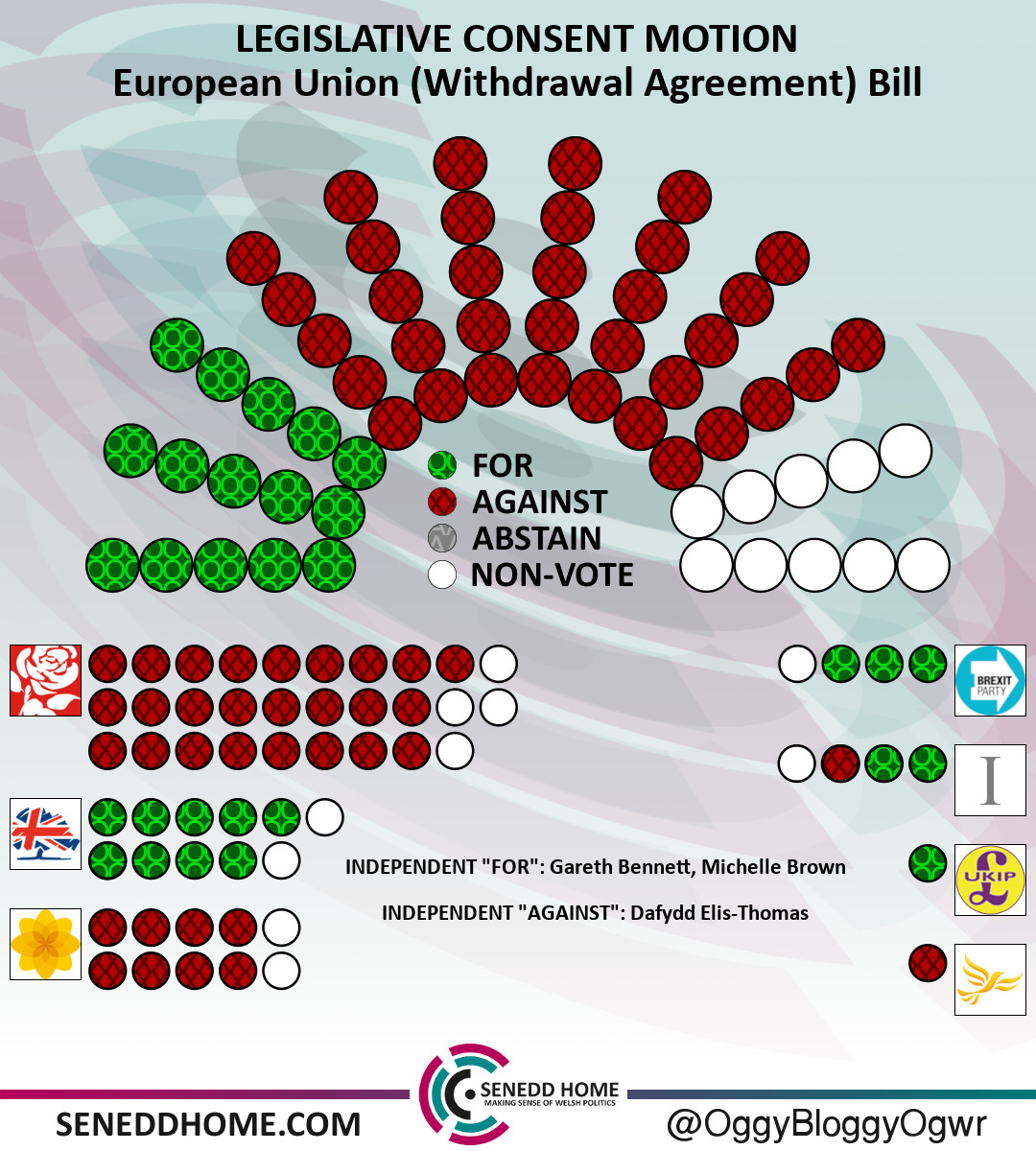