Moving on from denial

Rhun ap Iorwerth AM (Plaid, Ynys Môn) noted that the Welsh Government didn’t amend references to regretting poor performance – which was a sign that Labour was moving on from denial. Too much money has been spent “firefighting” in hospital care instead of preventing ill-health and preventing bed-blocking.

“All the performance measures that are regularly published refer, it seems, to secondary care, even though their failings there in secondary care very, very often reflect failures in primary care, failure to invest in social care. And let’s imagine how the conversation would change if as well as monthly reporting on the failure to hit waiting time targets, we also had monthly reporting on the impact that cuts to local services and local authority funding is having on the ability to adapt people’s homes on time, or to put care packages in place on time.”
– Rhun ap Iorwerth AM

Shadow Health Minister, Angela Burns AM (Con, Carms. W. & S. Pembs.), fundamentally agreed with the Plaid motion, but the Conservatives couldn’t support it as the government was yet again, in their amendments, trying to shift blame away from themselves and towards austerity when Labour has run the Welsh NHS for 20 years. The key to dealing with this was to consider all elements of a person’s care – from GPs right through to social services and housing – not just trying to fix specific parts of the NHS.

Jenny Rathbone AM (Lab, Cardiff Central) quoted figures from the NHS Confederation which suggests one in five A&E patients could be treated somewhere else, while Leanne Wood AM (Plaid, Rhondda) reminded the chamber that despite debates around waiting times being a little dry, there were people behind the figures whose quality of life was being negatively impacted.

Caroline Jones AM (BXP, South Wales West) didn’t think this was about money at all as Wales was already spending more per head on health than either England or Scotland; it was how the money was being spent.

Relentless demand across the whole system this winter

On behalf of the government, Deputy Minister for Health & Social Services, Julie Morgan (Lab, Cardiff North), said the NHS has faced one of its most difficult and pressured environments on record, with relentless demand across the whole system – though this wasn’t unique to Wales as it’s happened across the whole UK.

Cancellations were a last resort:

“Each patient is assessed based on their clinical need. If necessary, planned admissions may have to be postponed….but care is provided at a later date. Any postponements are a last resort to ensure that patient safety is maintained and prioritised. And despite unscheduled care pressures, planned care activity continued across Wales in the early days of January 2020, with around 70% of the planned activity undertaken while still meeting the emergency demand.”
– Deputy Minister for Health & Social Services, Julie Morgan

It was still a Welsh Government commitment to bring health and social services closer together. 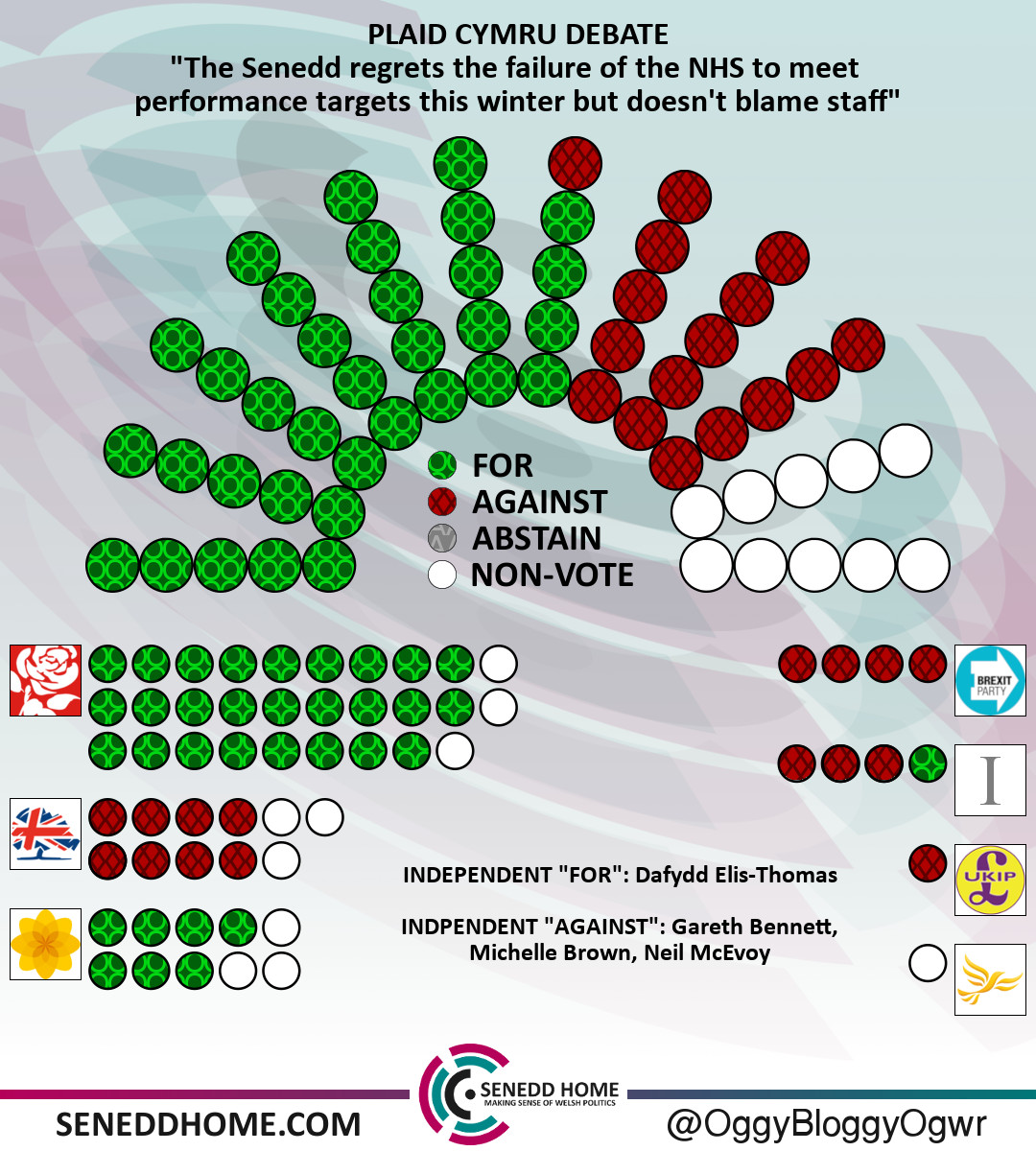