Online-only services “cause real anxiety” to the elderly

Rhun ap Iorwerth AM (Plaid, Ynys Môn) said the debate wasn’t about rejecting new technologies, but addressing the concerns many people, mainly older people, have with basic services moving online or to phone apps. 50% of people over the age of 75 have no internet access and the Welsh Government would do well to look at their own services – citing the recent bus pass renewal and other examples

Mike Hedges AM (Lab, Swansea East) understood the appeal of online-only services due to the administrative cost savings, but it would shock many people in big organisations and companies that so many people don’t own a smartphone or a computer. His office spent “a huge amount of time” helping people apply for new bus passes and many more told him that children or grandchildren had to help them.

Suzy Davies AM (Con, South Wales West) said people shouldn’t be penalised for wanting to be kept informed by post. Doing things by e-mail may leave vulnerable older people open to scams; 2% of fraud takes place by post, 70% happens online. She cited the example of Canada, where telecoms companies have to exempt the over-65s from online-only notifications.

David Rowlands AM (BXP, South Wales East) said digital-only services were increasing social isolation and weren’t only impacting the elderly, but also poorer households and the disabled who might not have access to digital services.

“I believe that the aim should be to include the need to discuss with banks, businesses and other organisations the need to ensure that alternatives to online services are offered….None of us can ignore the fact that alternatives to online services are needed. The older people’s commissioner found that offline households miss out on savings of up to £560 a year from shopping and paying bills online.”
– Shadow Older People’s Minister, Janet Finch-Saunders AM (Con, Aberconwy)

Deputy Minister for Health & Social Services, Julie Morgan (Lab, Cardiff North) accepted that the increased move to online-only services would leave behind digitally excluded groups. Regarding the bus pass renewal, she praised Transport for Wales for (eventually) including a paper application, of which 25,000 were submitted.

Additional work was being done to improve the take-up of pension credit and council tax discount entitlements. Ultimately though, efforts were still being made to increase digital skills amongst older people as a group:

“So, we are making efforts to encourage the use of the internet: Digital Communities Wales’s digital heroes initiative has trained over 5,000 young volunteers to help older people in hospitals and care homes get online, and another innovative project is the Vale tablet loan scheme, which is allowing residents across the Vale of Glamorgan to borrow internet-enabled but secure iPads from local libraries almost as easily as they would a book.”
– Deputy Minister for Health & Social Services, Julie Morgan 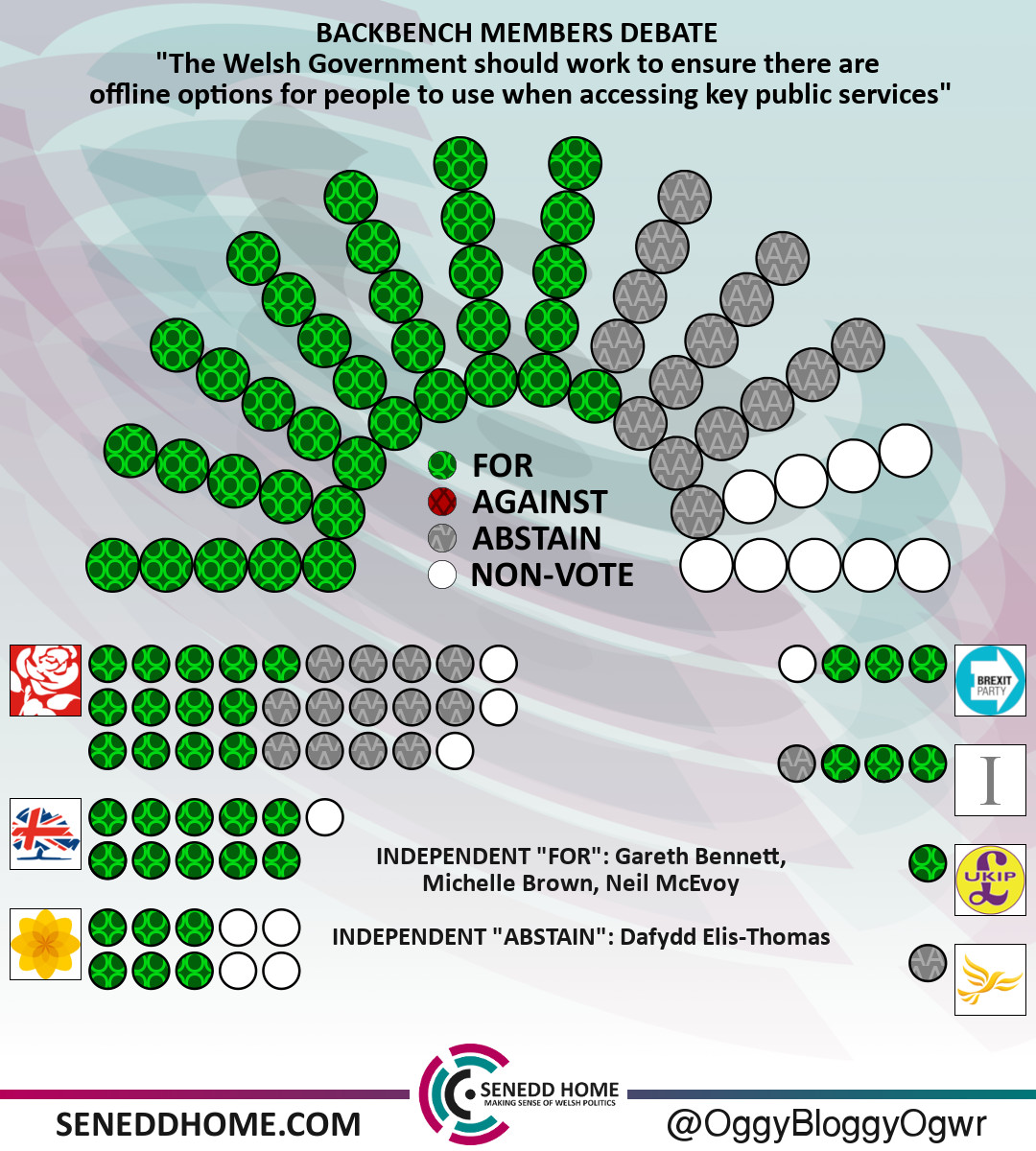