UK Treasury “has made changes without notice”

Finance Minister & Trefnydd, Rebecca Evans (Lab, Gower), told AMs she was only able to introduce a single-year budget due to delays to the UK Government’s comprehensive spending review. There’s further confusion ahead with a UK budget set to take place on 11th March, while changes from London have already resulted in a combined £200million cut to financial transactions and capital spending “without any prior notice” for the 2019-20 financial year.

“Prevention has been at the heart of this budget, supported by our focus on eight cross-cutting priorities of early years, social care, housing, employability and skills, better mental health, decarbonisation, poverty, and biodiversity.”
– Finance Minister & Trefnydd, Rebecca Evans

The chairs of some of the Senedd’s committees ran through their scrutiny and observations – which was summarised here.

Shadow Finance Minister, Nick Ramsay AM (Con, Monmouth), echoed what a number of those committees said – that there was a lot of window dressing concerning climate change and decarbonisation but little meat when it comes to spending; bold commitments have been made which “will take willpower to achieve”.

“What we have is a Labour Government that is unwilling to be radical and the background of a Conservative Government that has proved to be uncaring as to the impacts of grave cuts to public expenditure for ideological reasons over a decade and more….I fear that this draft budget is another missed opportunity to tackle some of the main threats that we face.”
– Rhun ap Iorwerth AM (Plaid, Ynys Môn)

Mark Reckless AM (BXP, South Wales East) thought it was a little unfair to criticise the UK Government for their timings as there were many issues which were out of their hands – such as the 2019 UK election. One area of spending on which he believes there was cross-party support was lack of support for bus services – spending an extra £29million on electric buses means little if services themselves are halved.

Several AMs – including Labour AMs -were disappointed by the lack of funding to deal with homelessness, while Alun Davies AM (Lab, Blaenau Gwent) believed the Welsh Government could’ve done far more with the powers at its disposal to address the impact of austerity. He wanted to see more radical thinking, suggesting that ideas for new taxes or changes to income tax should be brought forward.

A vote on the final version of the budget is scheduled for 3rd March 2020. 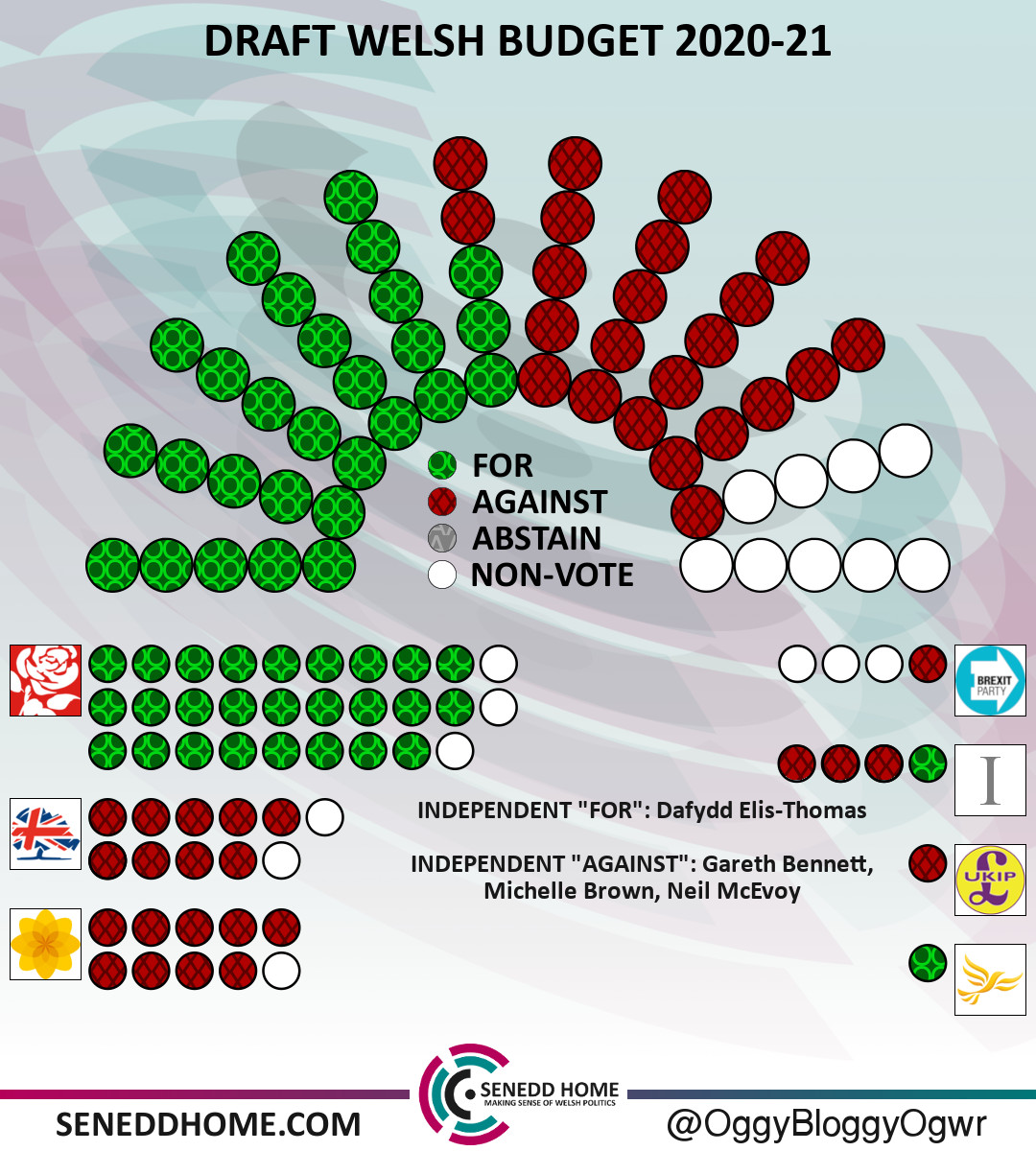