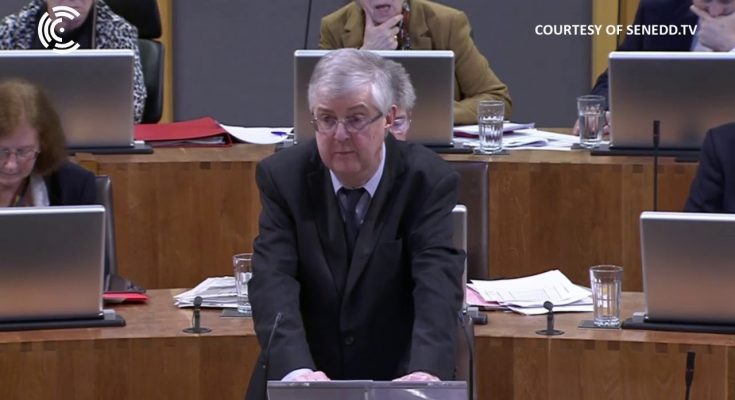 Plaid Cymru has again called for complaints under the Ministerial Code to be independently investigated after party leader, Adam Price AM (Plaid, Carms. E. & Dinefwr), said the First Minister was able to act as “judge and jury” in such cases.

The call came after the First Minister maintained his position in a letter that the Chief Whip and Deputy Minister, Jane Hutt (Lab, Vale of Glamorgan), hadn’t breached the Code when she joined a protest against a ward closure at Barry Hospital.

The ward was being closed to enable more patients to receive care at home or in a specialised centre – which is a long-standing Welsh Government policy.

The convention of cabinet collective responsibility means that if a minister is unable to agree to government policy, they have to resign. However, the First Minister argues that the Code, in this case, allowed the Chief Whip to make representations on behalf of constituents.

Adam Price said a Plaid Cymru government would “put a system in place that is fit for purpose whereby ministers suspected of breaking the ministerial code are referred for an inquiry independently of the First Minister”.