Situation slipping out of control

Shadow Social Services Minister, Janet Finch-Saunders AM (Con, Aberconwy), warned that the situation regarding looked-after children was getting out of control, with a 21% increase in the proportion of children taken into care since the end of the last Senedd term in 2016.

Looked-after children were more likely than the population as a whole to underachieve at school and suffer mental health problems.

“Wales can and should facilitate better futures for our children than this, and there are steps that we can take. For example, again, the Public Accounts Committee’s report recommended that all care-experienced children are routinely made aware of their right to an advocate and provided with clear information about how to access the range of available advocacy services. These are not big asks, but they need to be in place.”
– Shadow Social Services Minister, Janet Finch-Saunders AM

Sian Gwenllian AM (Plaid, Arfon) said poverty was a driving factor behind changing needs for looked-after children and there are also issues that we face now – county lines drug trafficking, historic sexual abuse, social media – that social services didn’t have to deal with in the past. Prevention was ultimately the best solution and that had to start in schools.

Neil McEvoy AM (WNP, South Wales Central) said cases involving looked-after children took up a lot of his time. He agreed with the Children’s Commissioner’s recent view that profit should be taken out of the care system.

Mohammad Asghar AM (Con, South Wales East) made another link between care and deprivation, with children living in the 10% most-deprived area being sixteen times more likely to be subject to care procedures than those living in the 10% least-deprived areas. Suzy Davies AM (Con, South Wales West) questioned whether the pupil deprivation grant had really made much of a difference and wasn’t simply being pocketed by education consortia.

Rhianon Passmore AM (Lab, Islwyn) welcomed Welsh Government investment in edge-of-care services, which are now in place in every local authority.

“It’s very important that children have stable placements. The 2018 and 2019 data show that 9% of children had three or more placement moves. These figures have remained stable over a period of time, and I think we’ve just got to recognise that, sometimes, placement moves are necessary and are in the best interest, but we want children to have as much stability as possible.”
– Deputy Minister for Health & Social Services, Julie Morgan

Repeating that the reasons behind this are complex, but the Deputy Minister was in no doubt that the Welsh Government’s priority to reduce the numbers of looked-after children focused minds in local government. 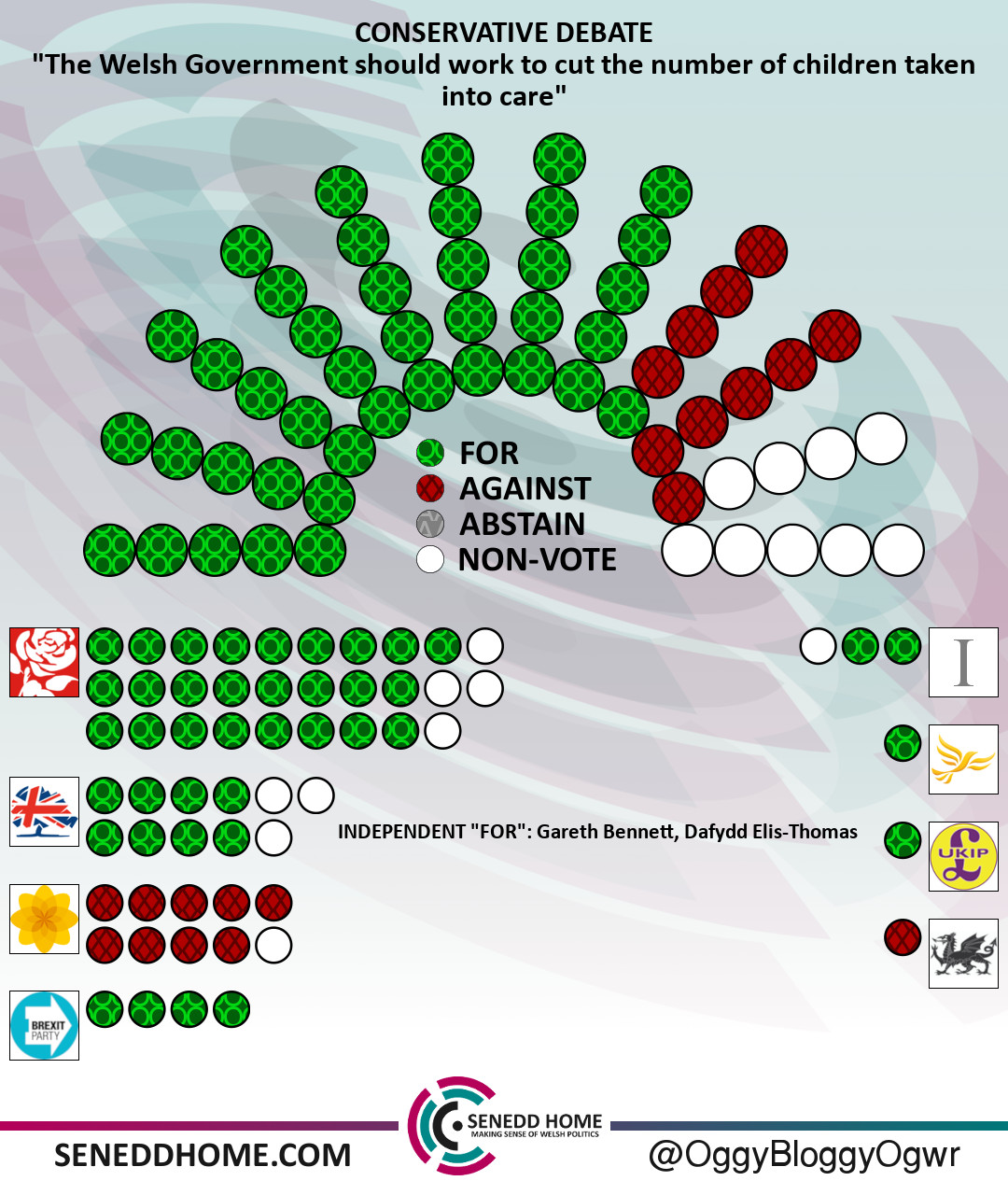