Bethan Sayed AM (Plaid, South Wales West) told the chamber there were multiple causes of eating disorders, but the number of people with a disorder may be under-counted as some people may not recognise they have one. People can recover, but in Wales, there’s the age-old problem of long waiting times and a postcode lottery to receive specialist treatment.

“The issue for many people is that the wait is often dangerously long and the provision of services is patchy in many areas. In some areas they’re very good, but in others they’re almost non-existent. If we look at mid-Wales, it’s very hard to get access to those services. And what we do need is more consistent support – when they have access to those services in the community, many people say that they don’t have those support groups to go to afterwards, where they can meet other people and where they can share their experiences with other people.”
– Bethan Sayed AM

Shadow Health Minister, Angela Burns AM (Con, Carms. W. & S. Pembs.) mentioned that many constituents have had to wait years to get any kind of treatment. The parents of some patients were told “Just nip to the Priory in London” – which is no answer.

Rhun ap Iorwerth AM (Plaid, Ynys Môn) recounted what guests at an eating disorder event earlier in the day told him – that they hadn’t realised there was a problem until it turned into a serious one. That convinced him of the need for urgent action.

Deputy Minister for Health & Social Services, Julie Morgan (Lab, Cardiff North), said it was vital that the experiences of those struggling through eating disorders were central to policy development. The goals remain aligned to the review’s recommendations:

“The Health Minister wrote to health boards setting out the actions he expects to be taken in response to the review: reconfiguring services towards earlier intervention; working towards achieving NICE standards for eating disorders within two years and developing plans to achieve a four-week waiting time within two years.”
– Deputy Minister for Health & Social Services, Julie Morgan

Extra funding will be needed (estimated at around £9million) with officials developing funding plans. While it was clear many people want this to move faster, the conclusions of the review were significant and require detailed analysis.

The motion was approved first time, which meant the Tories – who supported the motion in principle – couldn’t table their amendments (which is why they voted against the original wording, presumably). 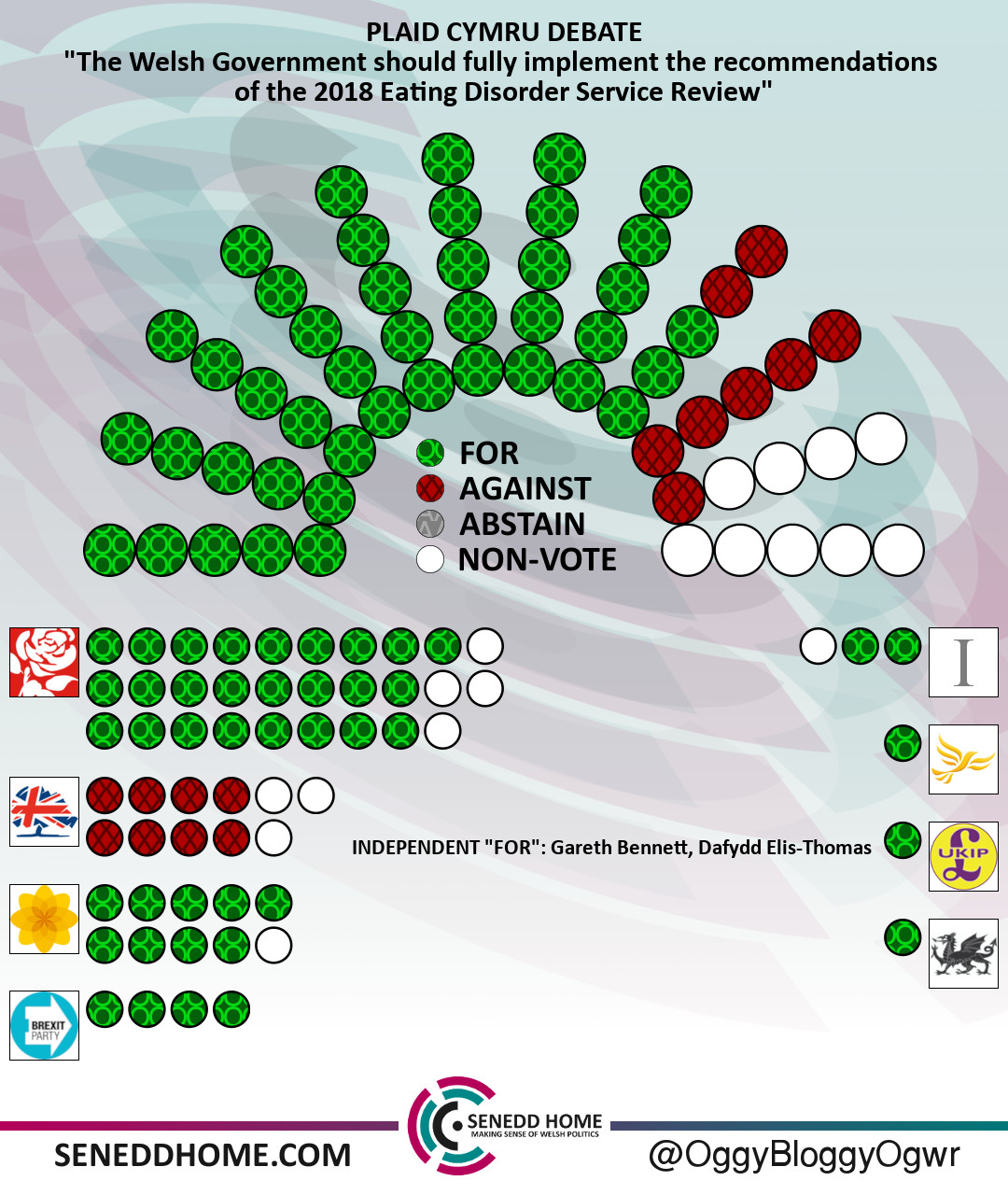