Following the cancellation of Plaid Cymru’s spring conference last week, Labour later postponed their spring conference as a result of the coronavirus pandemic. This May’s Police & Crime Commissioner elections are also set to be postponed until 2021 by the UK Government, while the Urdd Eisteddfod in Denbighshire has been pushed back to next year too.

The Conservatives called for usual business at the Senedd to be suspended to focus entirely on the pandemic, while the Assembly Commission has closed the Senedd estate to non-official business until 26th April 2020 at the earliest. A planned week of meetings by the Senedd and its committees in Mold during the summer has also been postponed.

Two international men’s football friendlies against Austria and the United States – due to take place later this month – were also cancelled.

Although the official advice remains for schools to stay open for the foreseeable future, there have been concerns about how a closure (if it happens) would impact external exams (GCSEs, A-Levels etc.) – usually taken during May and June – which is when the UK Government currently expects Covid-19/coronavirus to peak.

Members of the Welsh Youth Parliament have written a letter to the Welsh Government calling for schools and colleges to close, as some universities switch to online teaching.

Meanwhile, the Stereophonics and Motorpoint Arena were criticised for allowing a concert at the Cardiff venue to go ahead on 14th March – a decision reportedly described as “irresponsible” and “selfish”. 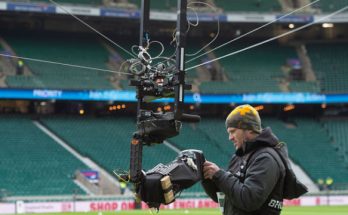