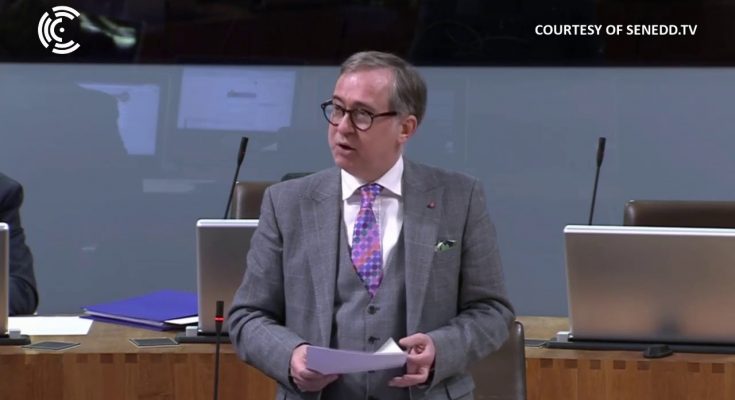 David Melding set to stand down in 2021

David Melding AM (Con, South Wales Central) has announced that he won’t be seeking re-election at 2021’s Senedd election. He’s one of the last remaining members of the “Class of ’99” – the first intake of AMs following the establishment of devolution.

In a statement on Twitter, he said his political career has been a “rewarding experience” and he intends to spend more time writing on constitutional affairs and developing the think tank Gorwel.

Leader of the Opposition, Paul Davies AM (Con, Preseli Pembs.) paid tribute, saying: “He will continue to inspire students and those involved in politics to think more widely about the impact of policies, and his influence and legacy will be felt in the years to come.”

The new Schools of Veterinary Science will offer a five-year degree with the first intake from September 2021.

Vice-Chancellor Prof. Elizabeth Treasure said, “Agriculture and its related industries play such an important part in the Welsh economy and it is incumbent on us as universities to provide the people and the skills that will contribute to ensuring they thrive for years to come.”

Changes to race and nationality categories for 2021 census

The 2021 Census in EnglandandWales will allow people from minority ethnic backgrounds to describe themselves as Welsh. The terms “Black Welsh” and “Asian Welsh” will be included for people to categorise themselves as.

The Office of National Statistics has asked the Welsh Government to review the questionnaire to ensure it’s as “inclusive as possible”.

Recently-published research showed a general lack of understanding about devolution and the role of the Senedd amongst 16-18-year-olds and other politically-disengaged groups.

The report says many people struggled to name the First Minister and couldn’t understand the difference between the Welsh Government and Senedd.

Electoral Reform Society Cymru said: “They’re (young people) actually really engaged and they’re interested in what’s going on in politics. They just need to be given extra resources to ensure they’re so much more informed than we ever were at that age.”

16-18-year olds will be able to vote in the next Senedd election in 2021 following the passing of the Senedd & Elections Bill.