Wales has seen the first fall in rail journeys for 24 years, which has been blamed on fewer rugby internationals being held in Cardiff during autumn 2019 and poor weather.

BBC Wales reports that Office of Rail & Road statistics showed that there were 33.5million rail journeys in Wales during 2019 compared to 33.6million in 2018.

Transport for Wales said, “As we move forward we expect numbers to continue to grow as they have in previous years as we deliver our £5bn investment plan to transform transport throughout the Wales and borders network.”

However, Plaid Cymru said dissatisfaction with rail services over the last year will have played its part in reduced numbers.

Levels of safety at Parc Prison in Bridgend have reportedly improved, bucking the EnglandandWales trend for increased prison violence.

BBC Wales reports, however, that there are calls for more to be done to help prisoners leaving the estate as 17% are said to be homeless upon release. There was also said to be a lack of resources for the 17% of inmates on remand or imprisoned for sexual offences.

Protected historical monuments will see increased patrols from police and park rangers to deal with increased incidents of vandalism, according to BBC Wales.

Pembrokeshire National Park archaeologist, Tomos Jones, said: “There are regular problems with fires on what are remote sites in the Preseli Hills, where we now know stones for Stonehenge were cut. There have been cases of people chipping away the remaining bluestones and damaging cairns.” 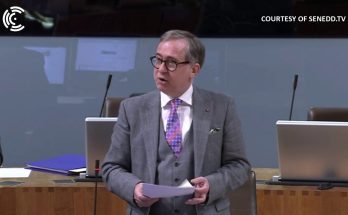