An investigation has been launched to find the reasons behind a recent increase in the number of Covid-19 deaths in the Betsi Cadwaladr health board area, which serves the north of Wales.

84 deaths were recorded in the health board area over the period 20th March 2020-22nd April 2020 but weren’t officially included in total death figures until 23rd April 2020.

The sudden spike of 110 deaths made it the worst single day for fatalities in Wales since the pandemic began despite a seeming levelling-off in the number of cases and deaths over the last week or so.

The First Minister said the revised figures didn’t change the overall picture, while the health board said issues with reporting had been corrected. Nonetheless, the Welsh Government have ordered an investigation into why deaths were under-reported.

The Chief Medical Officer, Dr Frank Atherton, told BBC Radio Wales he believed it was because the health board opted out of a new electronic reporting system used by the rest of Wales’ health boards.

Sian Gwenllian AM (Plaid, Arfon) said the figures were “alarming” and accurate reporting of figures was needed to maintain public confidence in the Welsh Government’s response to the pandemic. Mark Isherwood AM (Con, North Wales) said it “smacked of incompetence”.

Edit: The Hywel Dda health board – which serves the former county of Dyfed – has also announced they’ve under-reported coronavirus deaths. 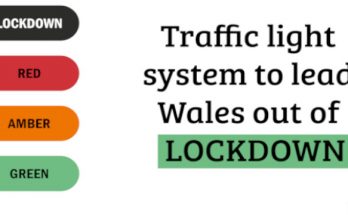