Yesterday, the Senedd passed the Welsh Government supplementary budget – an emergency budget in all but name – to deal with the coronavirus pandemic.

The scale of the changes is unheard of in Wales, topping £2.4billion, and was covered in more detail here.

Finance Minister, Rebecca Evans (Lab, Gower) said the first priorities were health as well as funding services to extend support to vulnerable people, such as the homeless and children eligible for free school meals. Another priority was business, with 7,000 small and medium-sized companies benefiting from grants and loans.

Chair of the Finance Committee, Llyr Gruffydd MS (Plaid, North Wales), ran through his committee’s hastily-drafted report (pdf). One of the main recommendations was to lobby the UK Government to allow capital funding (used for new/one-off projects) to be re-directed to fund day-to-day services (revenue funding).

He warned that the longer Wales and England diverged in their response, the more likely that gaps in funding will emerge if spending in England changes and impacts the Barnett Formula.

While there was broad acceptance at the challenges the Welsh Government have faced, there were calls from several MSs to consider the medium to longer-term impact on frontline services, such as domestic abuse services, universities and efforts against climate change.

Both Alun Davies MS (Lab, Blaenau Gwent) and the Minister herself argued for a needs-based replacement for the Barnett Formula, though the Minister added – regarding the impact of coronavirus on devolved tax revenues – there was some measure of protection in the funding formula from UK-wide economic shocks. 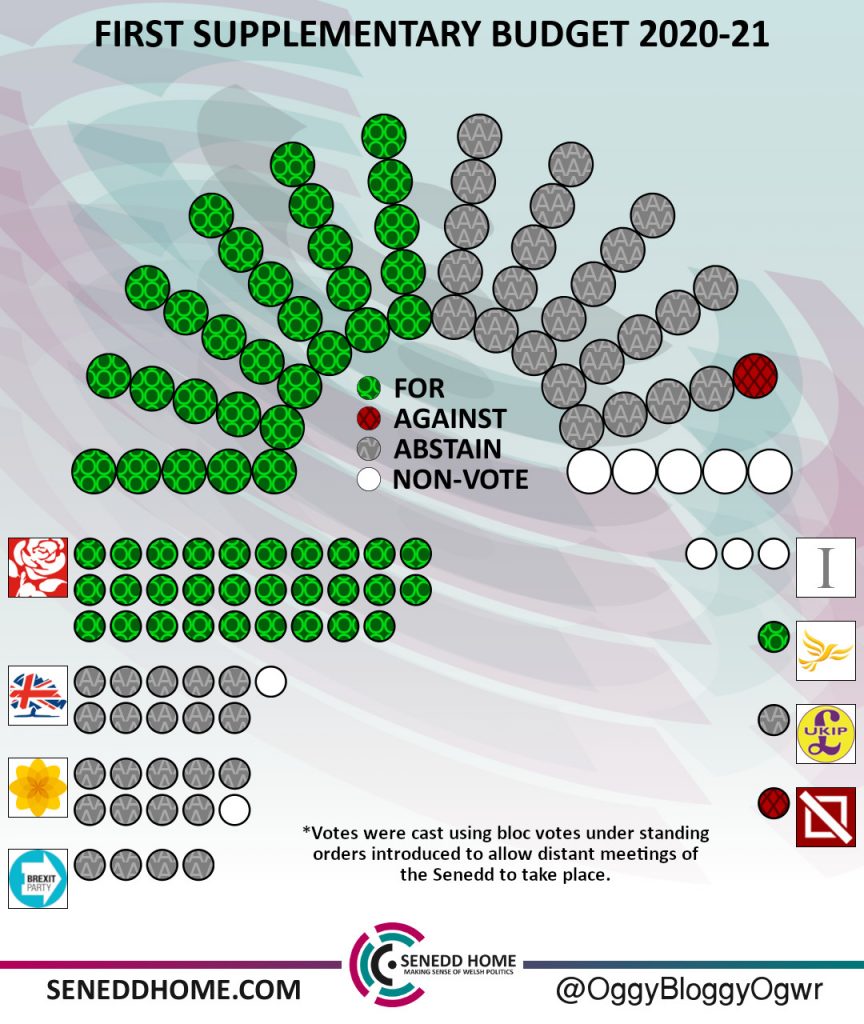