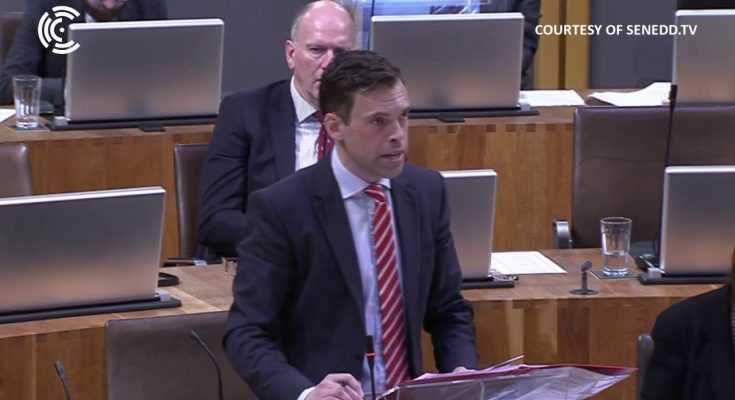 Fearing that Wales was heading for a deeper recession than the rest of the UK, Shadow Economy Minister, Russell George MS (Con, Montgomery) asked what assessment had been made of the impact of the slower reopening of businesses in Wales?

He went on to add that the lack of clarity over what can and can’t open was causing confusion:

“In my inbox, you will find it’s currently bursting with people telling me how regrettable it is that UK hasn’t moved in the same approach across the UK, and this has caused, sadly, some unnecessary confusion that has put Welsh businesses at a disadvantage. Last week, the First Minister announced that indoor tourist attractions can open, but there doesn’t seem to be much clarity on what can open and what needs to stay shut.”
– Shadow Economy Minister, Russell George MS

Drawing the Senedd’s attention to the significantly higher rate of infections in Blackburn – set to be the latest English council area to go into local lockdown – compared to Wales, the Minister asked whether businesses would prefer to operate there or in Wales?

The cautious approach is there to prevent a far more damaging second wave. On possible confusion, he pointed businesses to the extensive FAQs section on the Welsh Government’s website.

Minister “will consider a hardship fund” for forgotten businesses

Plaid Cymru’s economy spokesperson, Helen Mary Jones MS (Plaid, Mid & West Wales) raised the plight of those businesses which may not have been eligible for either Welsh or UK Government support.

“….taking into account the point the Minister has made in the past that it may not be possible to help everyone, he will be aware that the start-up bursary fund has been very well received and subscribed to. The Minister in the past has made reference to the possibility of a hardship fund for those businesses – relatively small numbers, hopefully – that simply haven’t been able to be helped elsewhere. But there seems to be some confusion now about whether he still intends to do that.”
– Helen Mary Jones MS

The Minister responded positively, saying he remained open to the idea of a hardship fund – pending a review of the Welsh Government’s economic resilience fund as well as the UK Government’s response to concerns about gaps in business support.

Many of the people being directed to the Welsh Government are, in fact, eligible for the UK Government’s self-employment support scheme. The latest statistics showed that 16% of people in Wales eligible for that support haven’t yet made an application.