The Minister noted that her department had to make some cuts like most parts of the Welsh Government, but in the case of online Welsh language classes, it may have inadvertently produced some benefits.

“One of the areas where we had to make those cuts was in the National Centre for Learning Welsh. Of course, it wasn’t possible for the Centre to provide lessons in the way that it usually would….But what we have seen is that people are undertaking those lessons online. And, to tell the truth, more people are likely to turn up to their classes online than they were to turn up to the physical classes, which is interesting to see that there is change afoot.”
– Minister for International Relations & Welsh Language, Eluned Morgan

The Minister added that work was ongoing to ensure Welsh-medium childcare activities can take place over the summer.

The importance of Welsh-language public service broadcasting during lockdown

Calling back to recent reports and debates on the impact of the pandemic on the creative industries, Sian Gwenllian MS (Plaid, Arfon) noted the importance of public broadcasting during the lockdown.

“Public service broadcasting has also been very important during this lockdown period, with large numbers turning to S4C for Welsh-medium output? It has a particular role in supporting and conveying Welsh language culture to children. A large percentage of children in Welsh-medium education come from homes where the Welsh language isn’t spoken and they are turning in their thousands to Cyw and Ysgol Cyw on S4C. Since lockdown, viewership of television among children has increased by 182%.”
– Sian Gwenllian MS

The Minister hoped that future announcements by the UK Government will include support for the creative industries. On public broadcasting, the Minister said S4C has demonstrated its importance not only on TV or to Welsh language culture generally but digitally too. Talks are ongoing to see how S4C can use its archive programming to support Hwb and the new national curriculum. 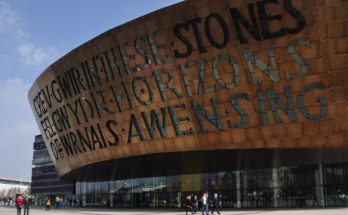